Poloniex, a popular crypto exchange originally based in the United States, has begun adding the Russian language on its platform just three months after leaving the U.S. market.

Announcing the news in a Feb. 13 blog post, Poloniex said that it had started introducing a “partially localized” version of Poloniex for Russian speaking users.

The exchange noted that the currently presented Poloniex interface in Russian is just a starting point as the team has translated just a small part of the platform:

“What we’re rolling out today is just a starting point. We’ll continue introducing newly translated pages throughout the coming weeks and plan to have a fully localized version of our website and mobile apps in the coming months.”

As of press time, Poloniex’s Russian interface is indeed Russian but only partially, as major sections of the website including announcements are still written in English alone.

A number of services like crypto exchange, margin trading and lending have been translated at the time of publication alongside sign up page. However, major pages including information like Poloniex’s fees, user agreement, privacy policy and others are still presented in English within the Russian version of Poloniex to date. 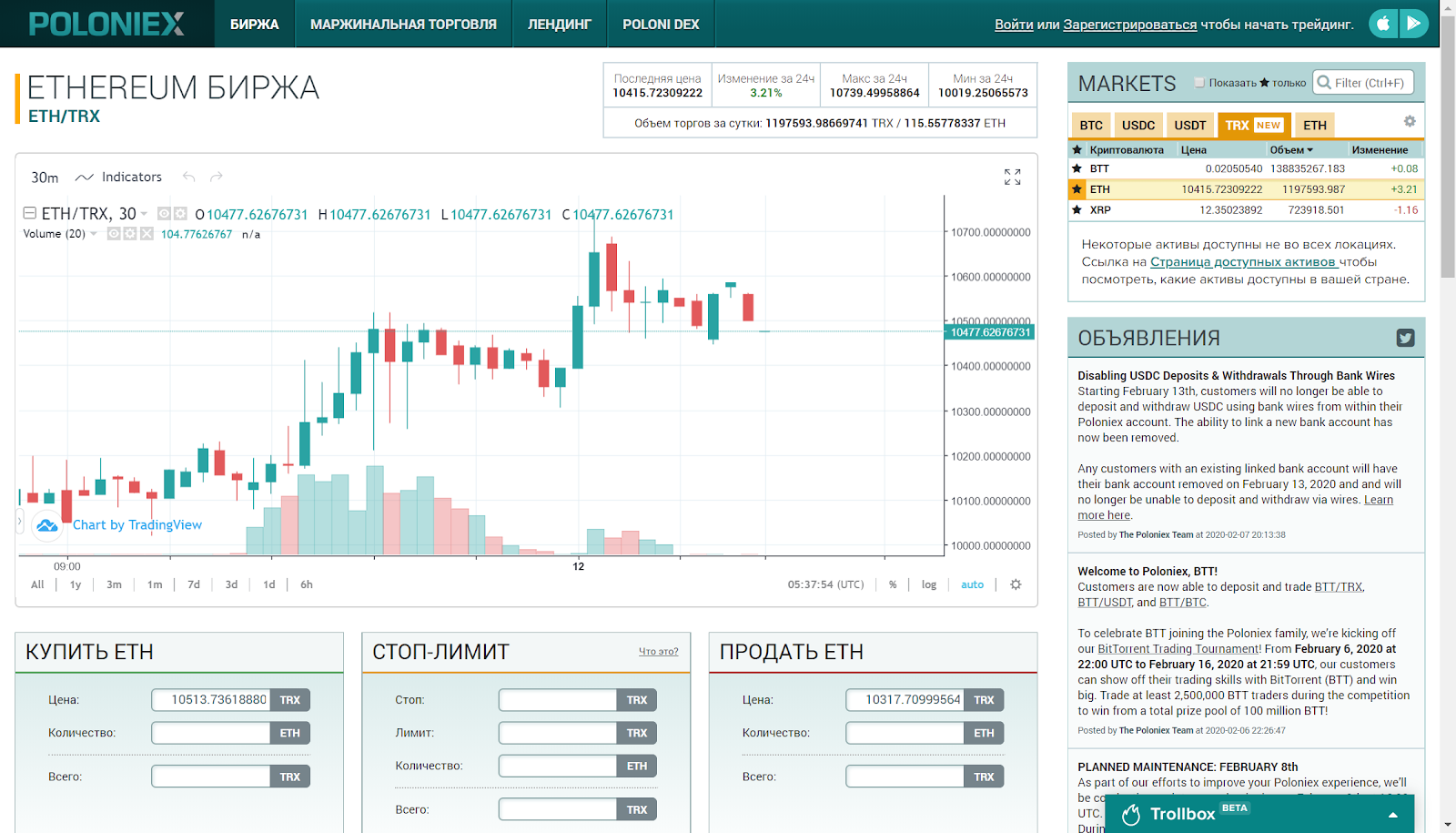 Additionally, the company has also introduced its “localized communities” with Poloniex Poloneers on Twitter. The Poloniex Poloneers Twitter account has been posting in Russian before making the recent announcement earlier in February. Introduction of Russian on Poloniex Poloneers comes in addition to already supported community posts in French, Spanish, German, Hindi, and others.

The news comes in line with Poloniex’s recently announced plans to focus on global crypto traders and new features. The firm revealed its plans as part of its separation from former parent firm Circle in October 2019. Acquired by Goldman Sachs-backed crypto startup Circle in 2018, Poloniex spun off into an independent company called Polo Digital Assets. The platform stopped servicing U.S. clients starting Nov. 1, 2019.

Poloniex’s departure from the U.S. market has apparently affected its business. The crypto trading platform fell out of the top 10 exchanges in the CryptoCompare’s Exchange Benchmark rankings in Q4 2019, due to the action as well as a decline in its market quality.

The platform’s entrance to the Russian market comes amid the existing uncertainty about crypto in the country as the crypto industry still remains unregulated by the government. However, this doesn’t seem to scare crypto firms like Binance, which has been actively adding new ruble onramps recently, alongside a Russian version of its website.