Louis Vuitton makes its mark in the NFT gaming scene

To commemorate Louis Vuitton’s bicentennial birthday in late 2021, the French luxury brand launched a NFT game called “Louis: The Game.” At the time of publication, the game has been dowloaded more than 2 million times on both Android and iOS devices. “Louis: The Game” follows its protagonist, Vivienne, as she overcomes challenges, collects candles and other collectibles. NFT artist Beeple designed 30 NFTs embedded within the game, which are up for winning. At the end of April, new levels were released and with it new opportunities to win NFTs that will be distributed via a raffle through August 4, 2022.

Larva Labs deletes all of their tweets

In a curious and quiet move, the Twitter account handled by the founders of Larva Labs (LL) reset its Tweet count to zero on May 2. Since Yuga Labs acquired Larva Labs collections CryptoPunks and Meebits in March, most Tweets concerning these collections have been moved to @cryptopunksnfts and @MeebitsNFTs accounts.

However, LL founders, Matt and John, stated that they would continue posting on @LarvaLabs. The company continues to run various other Web3 projects under its belt, including Autoglyphs, as well as some mobile apps.

For fans nostalgic about the OG NFT collection, one user known as “@swissdegen” has backed up all of Larva Labs’ Tweets since 2017. Why? “For the culture,” he tweeted.

Twitter’s new owner,Elon Musk, changed his Twitter profile picture (PFP) to a collage of Bored Ape Yacht Club NFTs for less than one day and caused quite a stir on Crypto Twitter. Musk’s profile photo also sent soaring the value of ApeCoin, Yuga Labs’ cryptocurrency. The image has since been deleted because Michael Bouhanna, a Sotheby’s executive, had originally created it for the Sotheby’s sale of the NFT and requested credit for it.

Users who traced some of the NFTs in the profile pic confirmed that Elon indeed has an impressive collection of Bored Apes, including three gold apes. The wallet also holds Doodles, Azuki and Moonbirds, all transferred from MoonPay’s vault. However, some of the Bored Apes in the PFP collage are not owned by Elon Musk, as user “@franklinisbored” pointed out, raising concerns of copyright breaches.

Scotch Whiskey Johnnie Walker and parent company DIAGEO partnered with Gary Vaynerchuk’s NFT project VeeFriends to provide holders of the Gift Goat VeeFriends NFTs with spirits-related offerings. Gift Goat is one of the 268 characters in the original VeeFriends collection. There are 555 Gift Goat tokens in total.

All Gift Goat tokens will unlock 18 luxury gifting experiences curated by Gary Vaynerchuk over the course of three years. Each experience combines a bespoke physical gift with a unique NFT from a notable artist in the space. The Johnnie Walker collaboration will also set up an activation at the upcoming VeeCon NFT-ticketed conference. 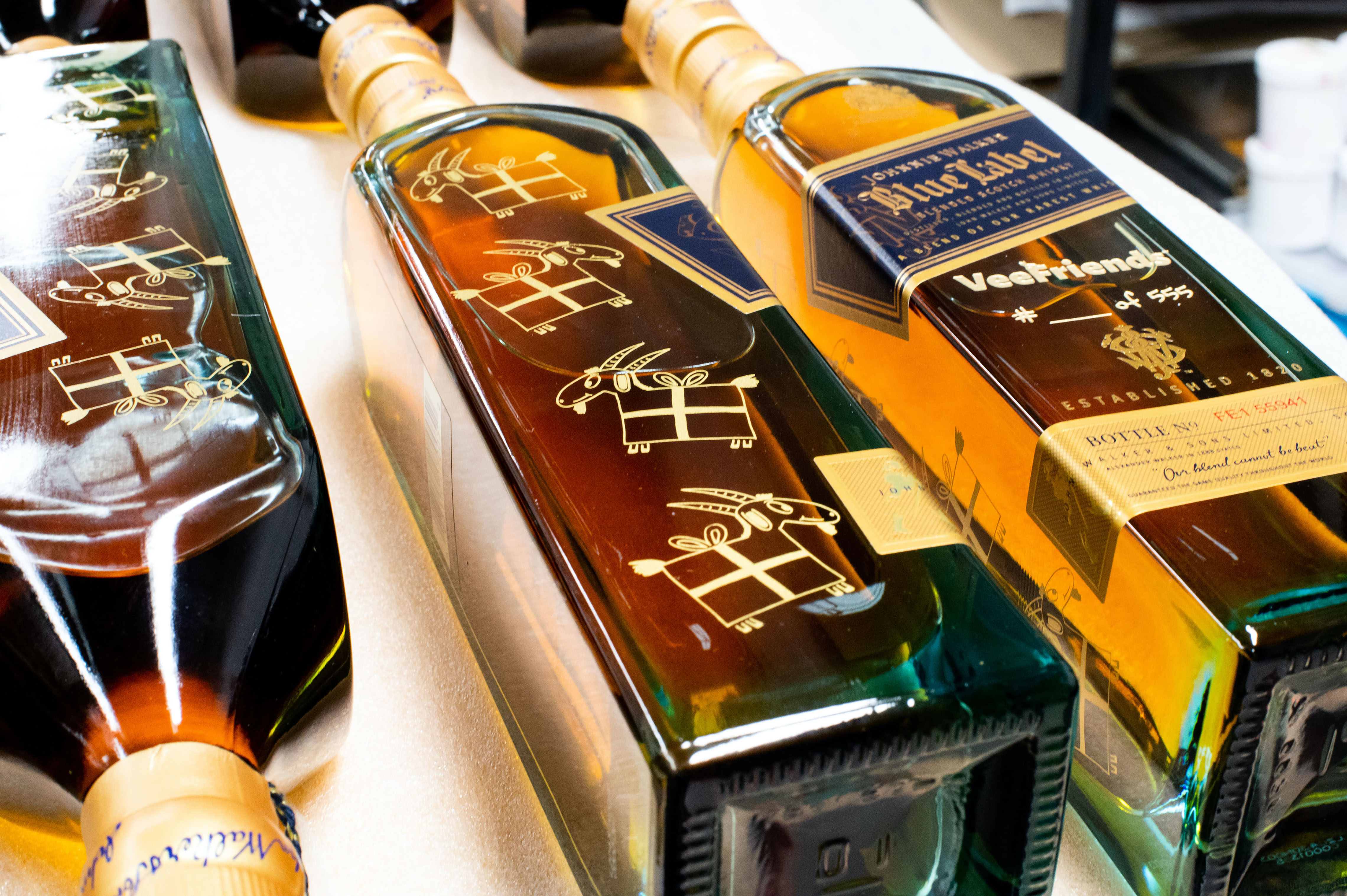 Two weeks after Coinbase launched the beta version of its NFT marketplace, the crypto exchange opened it up for everyone on Wednesday. Coinbase clarified on Twitter that having an open beta means that more features will continuously be added, but with the help of the public.

The last week of April saw a sudden surge in the demand for 3- and 4-digit Ethereum Name Service, or ENS, domain names, marking a trend of NFT investors who prefer a shorter NFT token ID. Coinciding with new registrations was a sharp price increase for ENS token. Additionally, secondary sales for ENS names on OpenSea reached a peak 446 Ether (ETH) worth of volume in the last week.