EU Proposes Ban on Proof of Work Cryptos Like Bitcoin 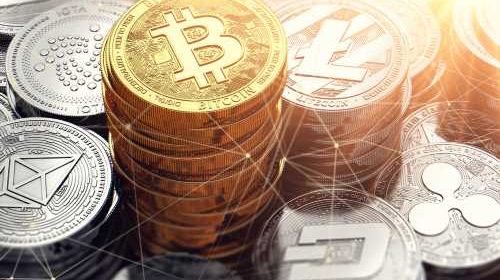 By Marcus Sotiriou, Analyst at the UK based digital asset broker GlobalBlock

Bitcoin climbed overnight to $39,000, as the crypto market remains in a state of indecision. There are bullish and bearish catalysts on the horizon, but in the short term risks are dominant in my opinion.

On the positive side, Terra founder Do Kwon says the Luna Foundation Guard is planning to add $1.2 billion Bitcoin to its reserves starting from this week in order to make the UST stablecoin more stable and decrease the risk of UST losing its peg. Do Kwon said, “If there is any confusion left at this point, we will keep growing reserves until it becomes mathematically impossible for idiots to claim depeg risk for UST.” He has hinted that they plan on growing their Bitcoin reserves to $10 billion in the future.

However, the current risks in the market are significant. The European Union’s (EU) have proposed legislative framework for governing cryptocurrencies called Markets in Crypto Assets (MiCA). A previous draft of the MiCA framework proposed a ban of crypto services that rely on environmentally unsustainable consensus mechanisms, starting in January 2025. This provision was scrapped after backlash from the industry.

Nonetheless, a new draft includes a similar proposal. It says that crypto assets “shall be subject to minimum environmental sustainability standards with respect to their consensus mechanism used for validating transactions”, which refers to cryptos that use Proof of Work. In addition, cryptos that are energy intensive will have to “set up and maintain a phased rollout plan to ensure compliance with such requirements”. Ethereum plans to move from Proof of Work to Proof of Stake, but Bitcoin is unable to make this transition. Therefore, Bitcoin will be affected by this legislation. The vote is taking place at around 1pm UK time.

The crypto community has reacted swiftly to pressure legislators to oppose the proposal. Paris legislator Pierre said, “MEPs have taken a hard line on crypto-assets, thinking they are protecting citizens. In reality, this version is mortifying for our competitiveness while, at the same time, President Biden has signed an act calling for the US to fully embrace this new ecosystem.” I agree with Pierre, and if there is a majority vote in favour of the proposal I think the EU will leave opportunities to other countries who fully embrace the crypto revolution.