Disbelief Among Investors, Bans Threatened, As the Allegedly Fraudulent Centra Tech ICO is Taken Down

“We allege that Centra sold investors on the promise of new digital technologies by using a sophisticated marketing campaign to spin a web of lies about their supposed partnerships with legitimate businesses,” said Stephanie Avakian, Co-Director of the SEC’s Division of Enforcement. “As the complaint alleges, these and other claims were simply false.”

The two, SEC alleges, “masterminded a fraudulent ICO in which Centra offered and sold unregistered investments through a “CTR Token.”

Specifically, SEC says the two claimed to offer a debit card backed by Visa and MasterCard, but they had no relationship with either. More damningly, SEC alleges:

Farkas was planning to leave the country, SEC says, “but was arrested before he was able to board his flight.” Sharma was also arrested.

“Centra was subpoenaed by the SEC on February 9. The company’s bank accounts were cleared out and all employees had been fired by March 30. One of the co-founders had a ticket to leave the US on April 1 but he was arrested before parting,” Nathaniel Popper‏ of NYT says.

The initial response on Centra’s Telegram group was one of incredulity and denial, with some saying it was fake, while the admin threatened banning: 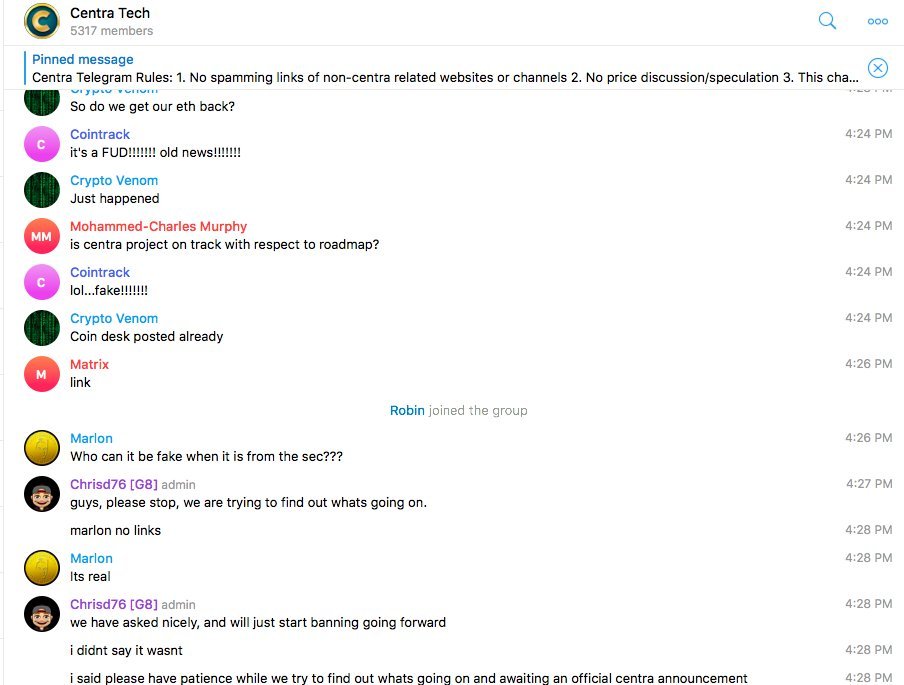 The token’s price crashed some 70%, down to a market cap of around $7 million at the time of writing on trading volumes of $37 million in the past 24 hours.

More generally, the token’s market cap has pretty much collapsed from around $300 million in January to now a fraction of it.

The token still trades on Binance at the time of writing, with the exchange handling the vast majority of its volumes at around $35 million.

What they should do exactly in such cases is unclear. Arguably the SEC should have contacted them before publicly announcing so they could have taken it off the market, but the token market could at this stage also become a bet on how much investors will get back.

That’s because SEC says they seek “permanent injunctions, return of allegedly ill-gotten gains plus interest and penalties, as well as bars against Sharma and Farkas.” 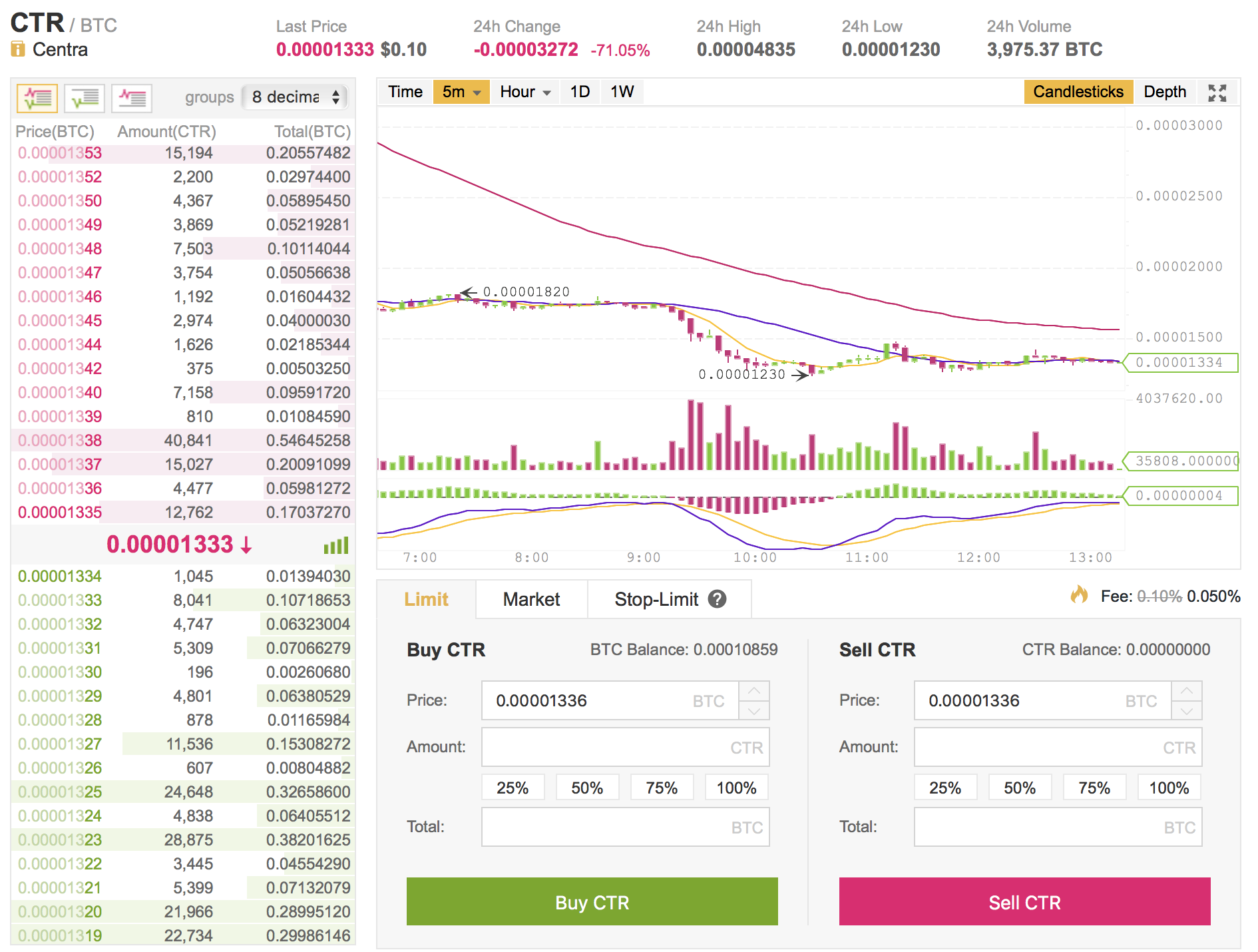 Some $32 million was raised from thousands of investors, SEC says, but it is unclear at this stage how much of it is left.

But what is clear is that the Securities and Exchanges Commission is now very much taking action against fraudulent ICOs.

And if those profiles were indeed fakes, SEC is unlikely to face much criticism for it. Because while their actions in this space tend to receive much publicity, SEC does constantly announce actions against individuals or companies engaging in fraudulent activities in traditional markets.

“Endorsements and glossy marketing materials are no substitute for the SEC’s registration and disclosure requirements as well as diligence by investors,” Steve Peikin, Co-Director of the SEC’s Division of Enforcement, says.

However, while SEC finds support in actions against clearly fraudulent ICOs, SEC also needs to ask itself why so many legitimate ICOs or fund-raisers in general choose to limit themselves to only the very rich and banks, rather than register as a security.

Moreover, seeing as they are clearly able to target such fraudulent ICOs that occurred during a time when it wasn’t clear they had to register, one might wonder why nonetheless they have the same requirements for all legitimate ICOs or public offerings, regardless of whether it is $5 million, $20 million, or $20 billion.

In short, why isn’t locking up fraud perpetrators a sufficient deterrent? And more so, why is it so lacking in deterrence that a start-up which wishes to raise $5 million has to comply with the same burdensome requirements as a giant that wishes to raise $20 billion, unless they limit it to billionaires and banks?

We don’t think there’s a satisfactory answer to it. Fraud is fraud, and a scam is a scam, regardless of the means or amounts. Yet a genuine choice is a genuine choice which shouldn’t unnecessarily be limited just because some might do bad things.