Crypto Mining in China Is Slowly Coming Back 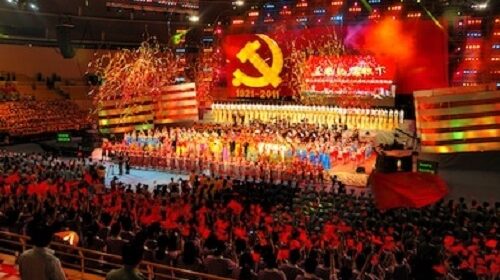 China appears to have made something of a comeback in the digital currency mining world, and it’s the only country that seems unaware of this comeback at press time.

China and Mining Appear to Be Joining Hands

This is because much of the mining in question is taking place in secret or underground. In other words, regulators can’t see the many digital currency mining projects that have popped up right under their noses. China made history about a year ago when it announced that it was going to end all crypto mining within its borders. The new order came following a switch in attitude from Beijing that saw China heading more towards a carbon neutral future.

Thus, despite the country hosting anywhere between 65 and 75 percent of the world’s mining projects, many of them either had to find new homes or close for good. Things didn’t quite end there, however. The country later added insult to injury when just a few weeks after this initial order, regulators stated that all crypto mining activity – including trading – would be outlawed, and that anybody caught in the act would likely be fined or face time behind bars.

Clearly, the bitcoin culture in China is so big that there are many people willing to face legal consequences to retain their places in the mining industry. The underground movement has become so big as of late, that China has risen to become the second strongest nation in terms of bitcoin mining (the number one spot is presently held by the United States).

A report published a few weeks ago on the situation reads:

In China, following a sudden uptick in covert mining operations after the June 2021 government-mandated ban on bitcoin mining, the country has re-emerged as a major mining hub… This strongly suggests that significant underground mining activity has formed in the country, which empirically confirms what industry insiders have long been assuming… Access to off-grid electricity and geographically scattered small-scale operations are among the major means used by underground miners to hide their operations from authorities and circumvent the ban.

The U.S. Is Still King

What’s interesting about the US’ status is that the nation likely never would have reached this position if China hadn’t taken such action against crypto mining in the first place. Up until the ban last summer, China was the number one nation when it came to extracting new units of BTC and crypto from the blockchain. Many of these miners, now forced to leave their homes if they wanted to stay in business, moved to US-based regions like Florida or Texas as a means of staying in practice and taking advantage of low-cost energy.

Now, with the influx of new miners, Texas and some of these other areas are experiencing energy crises that are causing regulators to shift electricity away from new or respective miners.