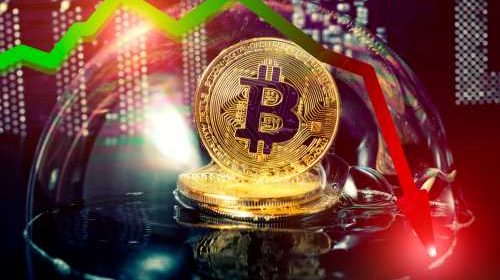 By Marcus Sotiriou, Analyst at the UK based digital asset broker GlobalBlock

The total crypto market cap has dropped below $1 trillion for the first time since January 2021. After the weekend started at $1.16 trillion, the value of all cryptocurrencies reached a low of $940 billion this morning, as Bitcoin plummeted below $24,000.

How has this all happened?

Many think it is mainly due to fear surrounding the insolvency risk of one of the biggest lending platforms Celsius, after it has been widely speculated that they have been irresponsible with client funds.

They were heavily exposed to UST with around $500 million of client funds, and also lost around $50 million, when DeFi protocol Badger DAO was exploited. At the time Celsius declined to comment on the percentage of client funds that were held in DeFi protocols. The biggest problem Celsius have currently seems to be their $1.5 billion position in stETH – 1 stETH is a claim on 1 ETH locked on the Beacon chain. At the moment, stETH is trading at a discount of more than 5% to ETH, which raises concerns that if clients try to redeem positions, Celsius will run out of liquid funds to pay them back. They are taking massive loans against their illiquid positions to pay out their customer redemptions, but they could run out of funds within 5 weeks.

Celsius announced this morning they have “paused all withdrawals, swap, and transfers between accounts. Its operations will continue, and it will continue to update the community. Celsius has taken this action to stabilise liquidity and to preserve and protect assets.”

Despite the fear, uncertainty and doubt the Celsius debacle has caused, the sell-off started at the beginning of the weekend on Friday, after the U.S. inflation data was released. CPI was reportedly 8.6% year over year in May, which is a 0.3% increase compared to April, showing that inflation is ramping up rather than slowing down. I think this is a bigger contributor to the decline we have seen, as it results in a more hawkish Federal Reserve – they are now forced to remove more liquidity from the market in order to bring down inflation. When liquidity is removed, risk-on assets are hit the hardest, which includes crypto.

It is important to remember that this period of persistent inflation should pass, and the crypto industry will become more efficient, as unsecure and incompetent firms are weeded out bit by bit.