After emerging as the top 3 finalists from a field of innovative and potentially transformative ideas, three participants of the 4th Bitcoin SV Hackathon presented their projects to a panel of elite judges at CoinGeek New York. CATN8, Bitcoin Phone, and TKS Pnt founders talked about what set their project apart and what the future presents, as well as answered questions from the judges. 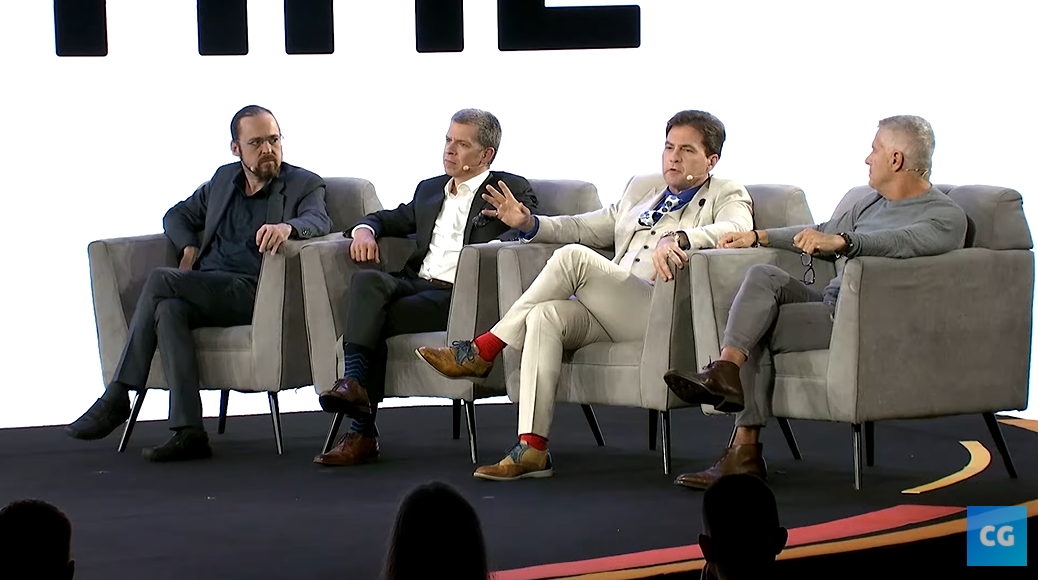 The first project to take the stage was Marcel Gruber, co-founder of CATN8, the world’s first embeddable, interactive and monetizable streaming video player, built on Bitcoin SV. Once you fund your wallet and click play on the video player, you begin streaming micropayments directly to the content creator.

“We’re taking the tools of the current Internet and weaving BSV into it.”

CATN8 could only be built on the Bitcoin SV network, Gruber told the audience. This is because only Bitcoin SV offers a stable protocol which “allows us to stay focused on building tools that matter to people.”

Bitcoin SV’s unbounded scaling allows the video player to support arbitrarily large payloads directly onchain, while also giving the users the confidence that the network won’t be overloaded by other activities, as has happened on other blockchain networks.

The low transaction fees allow the player to support real-time micropayments while zero confirmations enable it to convey real-time data and payments. P2P using SPV and the powerful Bitcoin script language allows the player to further its mission.

Gruber revealed that his team had prepared a demo for the audience at CATN8.net/CoinGeek in which watching a short 15-second video entitled users to some BSV, sent directly to their PayMail. 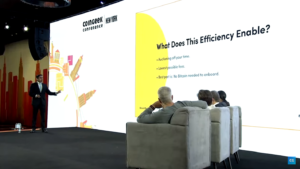 When Voice over Internet Protocol (VoIP) first came up, many dismissed it and thought it wouldn’t last, but it did and is now an essential part of our Internet experience. Joe Thomas believes that the time has come for Voice over Bitcoin Protocol (VoBP), he stated, as he presented his project—Bitcoin Phone. The project aims to allow its users to find and pay anyone for any service online.

“What you’re doing is taking your audio data and your money and putting it into a Bitcoin packet and you’re pushing it into the network. Anyone on the network can potentially listen in, decrypt your data and listen to the audio (if they have the appropriate keys).”

Bitcoin Phone allows users to auction off their time, Thomas told the audience.

The two areas it’s initially targeting are the tutoring and language learning industries, which combined account for about $20 billion globally. Despite their rapid growth, the two still have companies charging up to 30% in fees, and Thomas believes that Bitcoin Phone can bring this down to “almost peanuts.” In addition, these services are skewed against people from developing nations, who usually are as good as their more developed counterparts and charge way less.

On why he chose Bitcoin SV for his project, Thomas stated, “We believe no other blockchain can currently scale to support this at a global level. Also, no other Bitcoin is cheap enough to enable this […] We thought about Lightning but it was a mess…”

Bitcoin Phone uses nSequence to update transaction state with different outputs, with every node getting these transactions. It also has bloom-filters which allow users to subscribe to transactions that contain different types of data. Only the final transaction is stored on-chain.

In the long term, Bitcoin Phone will venture into identity verification for its users.

“To anyone out there, you have something you can offer to the world and sell to other people, and we want to help you do that,” Thomas concluded.

Japan is the birthplace of the QR code, a tool that has become critical to online payments. However, the market remains notoriously reliant on cash payments. To encourage users to turn to digital and mobile payments, Japanese firms often give out loyalty and coupon points to their customers. The sector is now worth close to $20 billion, and it’s this market that TKS Pnt is aiming to digitize on Bitcoin SV.

Meta Taro took the stage to present his project, describing it as the digital solution to the Japanese culture of carrying around an average of 4-10 point cards.

“We created this product to integrate all the point cards in one app,” he told the audience.

TKS Pnt uses biometrics and two-factor authentication for enhanced security. With its simple user interface, the app allows users to easily send and receive loyalty points from their smartphones and keep track of their payments. It also has a chat functionality, allowing users to check on their favorite stores, such as whether they are open or if a certain good or service is available. It has push notifications for such chats. 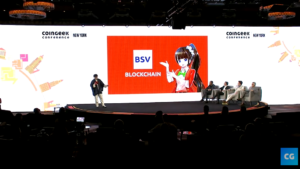 Vote for your favorite project

The three projects stand to walk away with a share of the $100,000 prize, payable in BSV. The winner will walk away with the lion’s share as the other two projects split the rest. Projects that have reached the finals in previous iterations of the BSV Hackathon have gone on to become major successes, including TonicPow and Britevue (previously TrueReviews).