The exchange had previously announced at the end of June that it would enforce a €10 fee on inactive users on its platform with account balances valued at €200 or less from the beginning of August.

The inactivity fee was due to be applied to users of Bitstamp Limited and Bitstamp Global Ltd from 1 August and for customers of Bitstamp Europe S.A. from 6 August. Bitstamp users based in the United States were exempt from the proposed fee, according to the company’s fee schedule.

The move was met with condemnation from users on social media, with prominent cryptocurrency accounts among the chorus of voices hitting out against the exchange’s proposed plans.

Cointelegraph reached out to Bitstamp to ascertain why the initial decision was taken to implement the inactivity penalty and whether the current downturn across cryptocurrency markets played a role in the now-scrapped move.

A spokesperson from the exchange cited administrative costs incurred by maintaining inactive accounts as the primary reason for implementing the proposed inactivity fee. Bitstamp had been considering the idea since last year while reaffirming that current market conditions did not play a role in the move:

The spokesperson agreed that there was turmoil across the crypto markets but noted that Bitstamp has “zero exposure to any of these companies, that our financial position remains strong and healthy, and that we are continuing to invest in our product and technology.” 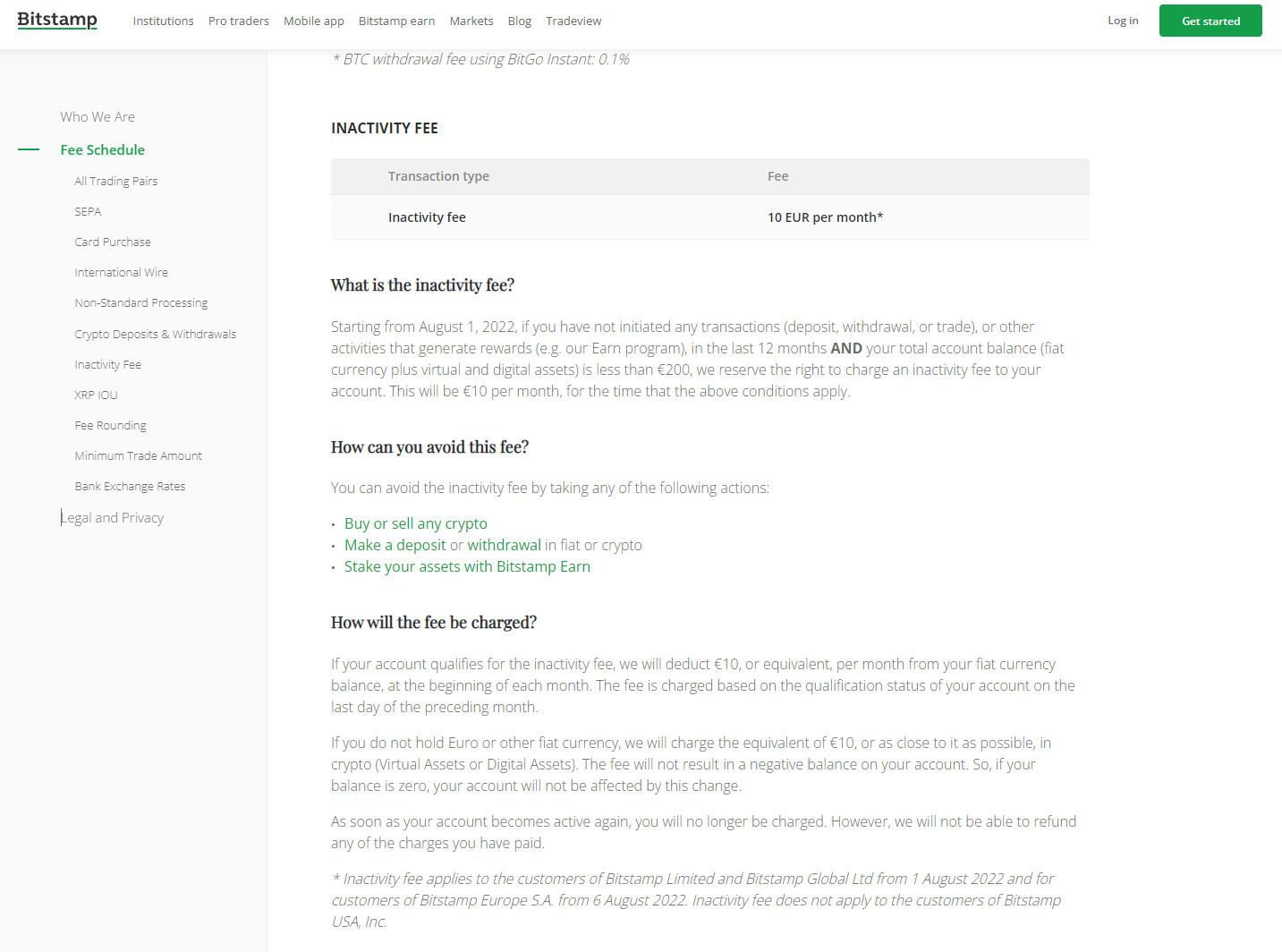 Users that had been inactive for more than a year would have had to buy or sell cryptocurrency on the exchange, make a fiat or cryptocurrency deposit or withdrawal or stake on Bitstamp Earn to avoid incurring the fee.

Bitstamp had planned to deduct €10 from an inactive user’s fiat currency balance, or the equivalent amount from their cryptocurrency holdings if their fiat balance was lower than the penalty.