The price of Bitcoin Cash (BCH) has broken above the moving averages, signaling the resumption of upward momentum. The bulls have regained the upper hand over the bears as resistance at $360 has been broken.

The cryptocurrency peaked at $387 but was rejected at the $390 resistance zone. BCH has retreated and retested the $360 support. The uptrend will continue if the current support holds. If buyers break the current resistance at $390, BCH will rise to the high of $430. On the other hand, if the price of BCH declines and falls below the support at $360, the market will fall back to the previous Range Boundary Zone. In the price action so far, BCH has been in a limited trading range since the January 22 price collapse. Today, BCH/USD is trading at $362 as of press time.

BCH has risen to level 70 before falling to level 65 on the Relative Strength Index for the period 14. The altcoin is in the uptrend zone and is capable of further upward movement. BCH is below the 80% area of the daily stochastic. This indicates that the market is in a bearish momentum. However, the stochastic bands are sloping upward. The moving average lines are upward sloping, indicating a sideways trend. 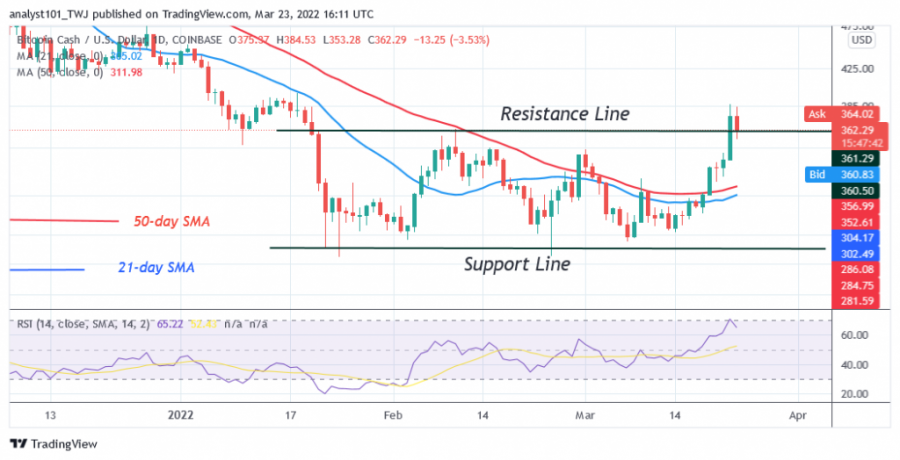 Bitcoin Cash is in an uptrend as the price has risen above the moving averages. The cryptocurrency resumed its uptrend after a small retracement. Meanwhile, on March 22, the uptrend has seen a retracement candlestick testing the 61.8% Fibonacci retracement level. The retracement suggests that BCH will rise to the 1,618 Fibonacci Extension level or $429. 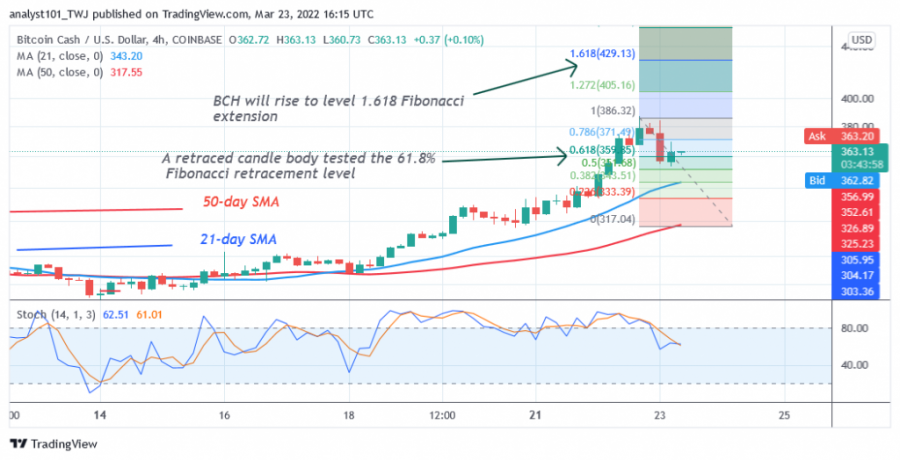