Bitcoin Cash Reaches Bearish Exhaustion as It Fluctuates Above $100

The price of Bitcoin Cash (BCH) has come under renewed selling pressure after falling below the previous low of $150. Prior to the recent breakout, the cryptocurrency was in a sideways movement between $170 and $210 price levels.

However, the May 31 upward correction was rejected at the $210 high. This caused the price to fall below the 21-day line SMA. Bearish momentum fell well below the previous low at $150.

Today, BCH/USD is trading at $113 as of press time. Meanwhile, the current decline has pushed the altcoin into oversold territory in the market. Selling pressure is likely to ease when the market reaches the oversold region. The price of BCH will fluctuate between $100 and $150 if the altcoin holds above $100. 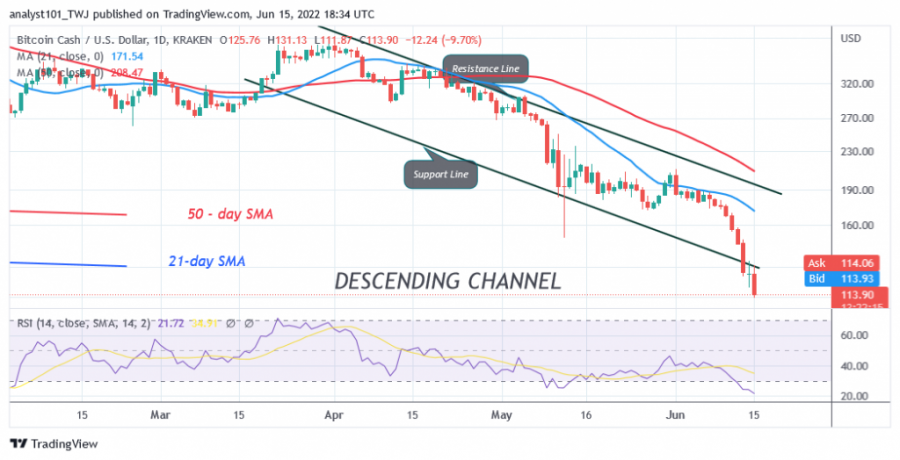 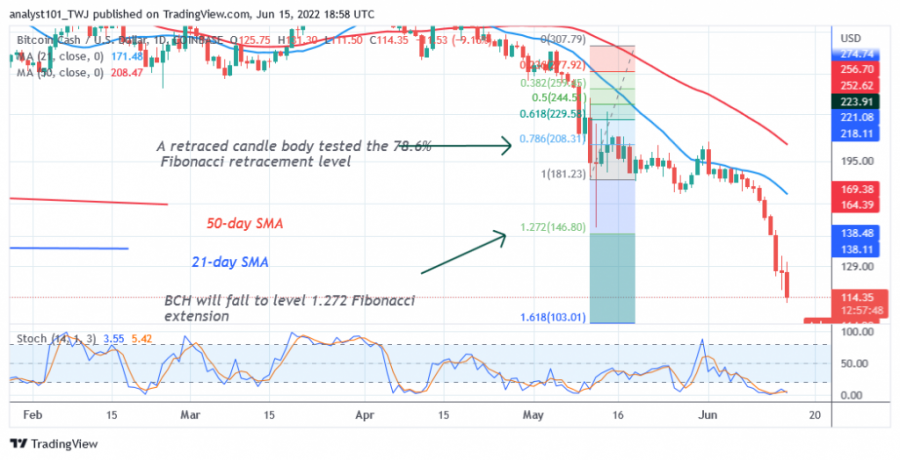