Aleo, a privacy-focused blockchain, has secured $28 million in investments to bring its zero-knowledge applications to a wider market.

Perhaps the most notable blockchain use case for zero-knowledge proofs is Zcash (ZEC), a privacy-focused cryptocurrency that rose to prominence for its special iteration known as zk-SNARKs.

“Aleo’s tech has solved critical issues in scaling applications built with zero-knowledge technology, enabling any developer or organization to build and scale a truly private application.”

Howard Wu, Aleo’s co-founder, said “Privacy will no longer be merely a feature but will become a core function” of next-generation applications. Aleo’s platform is attempting to make zero-knowledge proofs programmable at every application level. That means applications built on the platform are private by default.

Andreessen Horowitz has become a prolific investor of blockchain companies, having recently secured a stake in NFT marketplace OpenSea and Optimism’s layer-two scaling solution. In April 2020, the company raised $515 million for its new cryptocurrency fund, easily surpassing its initial goal. 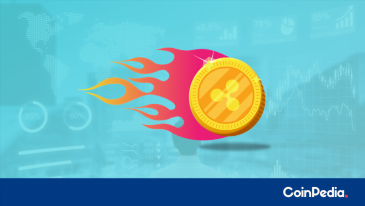 XRP’s Supply And Market Cap Tanked, Is It a Coin Burn Or a Glitch?