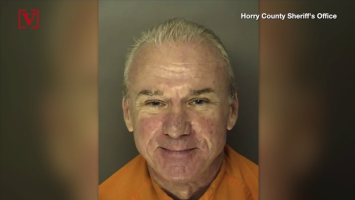 A white restaurant manager who enslaved his Black employee may have to pay upward of $500,000 in restitution, according to a court filing.

Bobby Edwards, 56, was ordered to pay roughly $273,000 in restitution after being arrested in 2014 and sentenced to 10 years in prison for enslaving John Christopher Smith for over five years.

That amount may double after the Court of Appeals for the 4th district ruled on April 21 that the district court failed to include liquidated damages in its restitution award. According to the appeal, the government has requested an additional $272,952.96 in the form of liquidated damages.

“Indeed, it would be inconsistent with the Trafficking Victims Protection Act’s requirement of providing restitution in ‘the full amount of the victim’s losses’ not to compensate a victim for losses incurred as a result of the delay in paying required wages and overtime compensation,” Circuit Judge Neimeyer Wilkinson wrote.

Smith was hired at J&J Cafeteria in Conway, South Carolina as a dishwasher when he was 12-years-old. He was fully compensated for his work until Edwards began managing the establishment in 2009, according to court documents.

Forced to work without pay: Manager gets 10 years for enslaving, beating worker with intellectual disability

Faced with an intellectual disability, Smith became enslaved by Edwards from 2009 to 2014. Edwards moved the man into an apartment attached to the restaurant and “forced him to work more than 100 hours per week without pay.”

“Edwards effected this forced labor by taking advantage of Jack’s intellectual disability and keeping Jack isolated from his family, threatening to have him arrested, and verbally abusing him,” Neimeyer wrote.

On one occasion, Edwards dipped metal tongs into hot grease when Smith didn’t bring fried chicken to the buffet as fast as Edwards wanted, according to a court document. Smith said he was whipped with a belt, punched with fists and beat with kitchen pans if he made mistakes.

“I felt like I was in prison. Most of the time I felt unsafe like Bobby could kill me if he wanted. … I wanted to get out of that place so bad but couldn’t think about how I could without being hurt,” Smith said according to court documents.

In 2014, a relative of a restaurant employee reported the abuse to local law enforcement and Edwards was arrested. He pleaded guilty to one count of forced labor and was ordered to pay $272,952.96 in restitution.

The appeals court has vacated that award and is remanding the district court to recalculate.