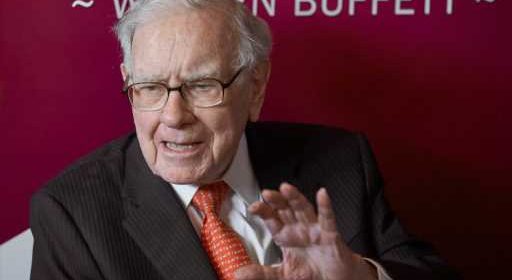 The Oracle of Omaha has become a streaming star.

Warren Buffett, whose Berkshire Hathaway conglomerate’s moves are closely followed by the investment community, presides over the company’s annual meeting each spring. While every company has a shareholder event, Berkshire’s is something different. With 40,000 fervent attendees, it is equal parts financial forum, convention, rally and county fair. Held in non-pandemic times in the company’s Nebraska home base Omaha, it yields insights from the 90-year-old billionaire about his company’s portfolio and the broader markets.

Yahoo Finance will have exclusive global streaming rights to the 2021 meeting, its sixth straight year in that arrangement. This year’s edition, on May 1, will be virtual as it was in 2020 due to ongoing safety concerns about Covid-19. Buffett and other executives are set to appear online from an LA staging ground. Editor-in-chief Andy Serwer will be one of the few outsiders allowed in, and will conduct interviews with Buffett and a range of others before and after the show.

As the world was plunged into chaos and financial uncertainty last spring during the onset of the pandemic, audiences flocked to the Berkshire Hathaway meeting. It drew 2.5 million live streams and a total audience of 28.4 million across Yahoo, connected-TV apps and social media. The average watch time was 19.2 minutes, which is robust by overall digital video standards.

For Yahoo and its parent company, Verizon Media, the streaming event has been a way to advance its goal of reaching younger and more female audiences. Recent Comscore numbers show Yahoo Finance Network is No. 1 with women and Gen Z. Women spent 1.4 billion minutes with the company’s content in January, accounting for 43% of all the time women spent consuming financial news across the internet.

In an interview with Deadline, Joanna Lambert, Head of Consumer at Verizon Media, said the effort around Berkshire and daily eight-hour blocks of live streaming by Yahoo Finance are gaining traction.

“We’re feeling really good that for the first time of the integration of Yahoo, Verizon Media got back to growth as a business unit over the past couple of quarters,” she said.

In the most recent quarter, for the first time since Yahoo was acquired in 2017, the media had double-digit growth as revenue rose 11% year-over-year.

Verizon has adjusted strategic course in recent years with its media activities. The broadband and wireless titan invested heavily in media under its previous leadership regime. It acquired AOL and Yahoo and a mounted an ultimately unsuccessful mobile video service, Go90, in a joint venture with Hearst. By 2018, it had to take a $4.6 billion writedown on Oath, as its media assets were then called.

Today, Verizon is more disciplined with its media strategy, and Lambert acknowledges that “owned and operated is a smaller part of the portfolio” than in the previous era. The company has stayed in entertainment as a partner with Disney, Discovery, Apple and others as a distributor and wireless provider. And its Yahoo verticals — News, Finance and Entertainment — are showing surprising resilience in their second decades, an eternity in digital years.

Technology always brings new horizons. As streaming takes off overall, Yahoo’s apps are available on a range of platforms, including leading gateways like Roku and Amazon Fire TV. This year, the company will also livestream the Berkshire Hathaway coverage on TikTok, part of its youth offensive. A presence on social media helped the company boost mobile video viewing in the U.S. by 68% in February.

“We feel it’s vital for younger consumers to have this kind of information, and especially younger female viewers,” Lambert said.