Hong Kong (CNN Business)Beer sales are bouncing back, according to the world’s largest brewer.

Anheuser-Busch InBev (BUD) reported Thursday that its global sales volume picked up in June after three months of declines because of the Covid-19 pandemic.
Restrictions related to the coronavirus crisis had been weighing heavily on the brewer’s business, cutting global sales volume by roughly a third in April and a fifth in May, compared with the same time the previous month.

Many bars, pubs and restaurants were forced to close earlier this year as stay-at-home orders were imposed around the world. In April, the company also had to shut down some of its operations in countries including Mexico, South Africa and Peru.
But the owner of Budweiser, Corona and Stella Artois said Thursday that sales rebounded slightly last month, with volumes ticking up 0.7% compared with May.

The Belgian company reported a 17.7% drop in revenue for the quarter ended June compared with the second quarter of 2019. That was less than the 31.5% drop analysts had been expecting, according to data provider Refinitiv.
Shares in Brussels rose 5.4% on Thursday.
“Our performance in the second quarter was materially impacted by the Covid-19 pandemic, as expected,” the company said in a statement. “As the quarter progressed, however, we saw considerable improvement.”
Like many industries, global alcohol makers are set for a historic slump this year, with sales forecast to drop by 12%, according to a May forecast by IWSR Drinks Market Analysis, a global firm that tracks the sector. 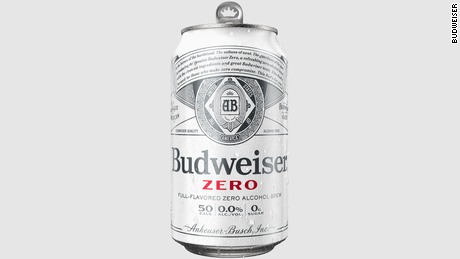 However, beer is expected to recover quicker than most categories, mainly because it’s cheaper to buy than wine or spirits.
The rebound is already clearly taking shape in Asia. Business in the region improved in the second quarter, primarily because of a strong comeback in China, according to the company.
“China delivered exceptional results, with its highest ever monthly volume,” it said in a statement.
But the landscape is dramatically different across countries. During its earnings call, AB InBev also announced a writedown of $2.5 billion, citing “a risk of impairment” related to its businesses in Africa.

Its business in South Africa, for example, was already severely hit by a nationwide lockdown from March to May, which had included a ban on the sale of alcoholic beverages, the company noted. Now it’s facing a prolonged slowdown there, as the government announced another ban on alcohol sales earlier this month, which will cut into earnings next quarter, the company warned.
AB InBev expects to offset some of that cost. It cited a $1.9 billion intake from selling off its Australian business, after offloading operations there last summer to Japanese beer giant Asahi in a $11.3 billion deal.
Source: Read Full Article

US still in first wave of pandemic
Latest Posts

Wall Street falls as energy, financials slide ahead of first presidential debate
We and our partners use cookies on this site to improve our service, perform analytics, personalize advertising, measure advertising performance, and remember website preferences.Ok