(CNN)The dangerous Delta variant poses a risk as the United States works to ease out of the Covid-19 pandemic, but experts say the nation has the tools needed to overcome the threat — if the public takes advantage of them.

“Covid-19 vaccines are available for everyone ages 12 and up,” US Centers for Disease Control and Prevention Director Dr. Rochelle Walensky said Tuesday at a White House briefing. “They are nearly 100% effective against severe disease and death — meaning nearly every death due to Covid-19 is particularly tragic, because nearly every death, especially among adults, due to Covid-19 is at this point entirely preventable.” 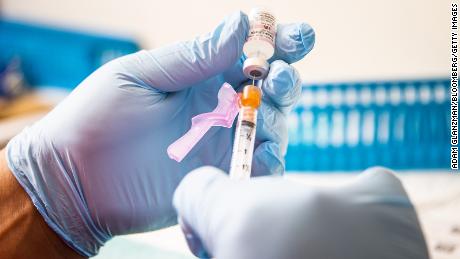 Those still dying from Covid-19 in the US are “overwhelmingly” unvaccinated, National Institute of Allergy and Infectious Diseases Director Dr. Anthony Fauci told CNN.

As of Wednesday, 65.6% of the adult population in the US have received at least one dose of a Covid-19 vaccine, according to the CDC. While that seems close to President Joe Biden’s goal of having 70% of American adults at least partially vaccinated by July 4, experts are concerned about declining rates of new vaccinations and the difficulty in motivating those still hesitant to get inoculated.

“This virus is an opportunist,” Walensky said. “As long as there are those who are not vaccinated, Covid-19 will remain a threat.”

The Delta variant, which is believed to be more transmissible and more dangerous, could be the dominant strain in areas of the US that have low vaccination rates in a matter of weeks, Fauci told “CBS This Morning” on Wednesday. 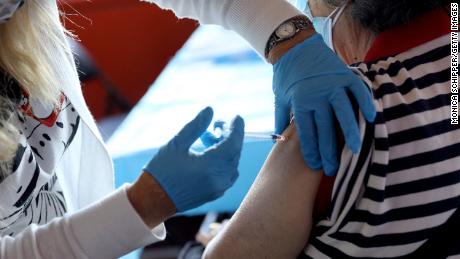 While Fauci thinks a return to the high virus numbers of 2020 is unlikely, communities with low vaccination rates could experience localized surges because of the Delta variant, he said earlier this week. Full vaccination with current vaccines is effective against the variant, he has said.
“For those areas where you have a high vaccination rate, you’re not going to see” Delta become dominant, Fauci told CBS. “Again, another powerful reason why we need to get vaccinated.”
Even if 75% of eligible Americans were vaccinated, a Delta-like variant could result in Covid-19 bouncing back from summer lows to cause more than 3,000 deaths per week in the US at various points during the fall and winter, a recent research model showed.
That would be about 1,000 more Covid-19 deaths than the US has seen over the past week, though still far below the peak of 24,000 deaths during the second week of January, according to the model from the Covid-19 Scenario Modeling Hub, a project involving researchers from 13 institutions.

Some areas of the country are seeing a rise in cases in the past few weeks.
Wyoming’s Laramie County is facing a outbreak as it reports a “fairly high number” of Delta variant cases, according to Health Department Executive Director Kathy Emmons.
There were 330 Covid-19 cases in Wyoming during the week of June 14 to June 20, according to Emmons. Of those 330 cases, 181 are from Laramie County, with 28 attributed to the Delta variant.
Emmons said less than a third of the county is fully vaccinated and several large gatherings have contributed to the high number of cases.
She said the virus “just has spread like wildfire through those groups” at the gatherings.
Emmons is concerned because Cheyenne Frontier Days, a rodeo event with nightly shows, that often draws more than 100,000 people, is scheduled for July 23-August 1.
“This year is the 150th anniversary, so we’ve worked very closely with the CFD (Cheyenne Frontier Days) committee to put into place safety measures,” she said.
According to data from Johns Hopkins University, five states, including Missouri, have seen a rise in cases over the past seven days compared to the previous seven-day period.
Steve Edwards, CEO of CoxHealth, a healthcare system in Springfield, Missouri, told CNN this week they have seen a six-fold increase in hospitalizations in his system.
“I think it is the Delta variant and there is a lot of kindling with low vaccination rates, so it’s spreading very rapidly,” Edwards said. “Almost all of our cases are unvaccinated people that, in my opinion, have put themselves in harm’s way during this pandemic.”

Standing in the way of closing the vaccination gap are young people and states with low vaccination rates, Fauci said.
“It’s a combination of some states and regions that are below where we need them to be,” Fauci told CNN. “Within that context, it’s younger people — particularly 18 to 26 — where you really want to try and get them to get vaccinated.”
Fewer than half of the adults in Alabama, Louisiana, Mississippi and Wyoming have received at least one dose of the Covid-19 vaccine, according to data from the CDC.

And even in high vaccination states, like Vermont, young adults are a “tough nut to crack,” Vermont Health Commissioner Dr. Mark Levine told CNN.
As of Monday, 81.3% of eligible Vermonters had started the vaccination process. Levine said he knows that if he can get that younger demographic to get vaccinated, the state numbers would look even better “because there are thousands of thousands of them and we do think they want to be vaccinated.”
Levine is confident that the college-going part of this age group will get vaccinated, if they haven’t already, because most colleges and universities in the state have required, or will require, the vaccine. He still has some concerns about the 18- to 29-year-olds who are in the work force and not in college.
“Most of them are not a truly vaccine-resistant group,” Levine said. “They don’t have that strong polarized view. They’re mostly in the category where it’s just not at the top of their list right now.”
Levine said one strategy that might work is to make vaccinations and information so accessible that young people stumble onto it — and Fauci has taken on the challenge with a TikTok.
“I never would have imagined in my wildest dreams I would be doing TikTok with people today,” Fauci told CNN, noting misinformation about the vaccine has been spreading on social media.
“We’ve got to go out there and push the envelope out in the media — including the media that’s giving misinformation,” Fauci said.

A new target date for vaccinations

Officials and experts have been putting extra effort into increasing vaccination rates as the country is on a path to fall short of Biden’s goal to have 70% of adults at least partially vaccinated by July 4. 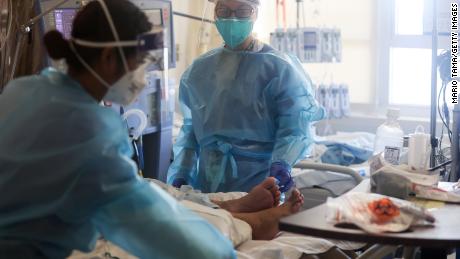 “We’ve made tremendous progress in our vaccination efforts to date, and the ultimate goal has been to get America back to normal,” White House press secretary Jen Psaki said this week.
Fauci said the new time period officials have set their focus on is mid-July.
“If you look at the rate now, it’s probably going to be within the first couple of weeks of July,” Fauci said. “Maybe the second or third week of July.”

Fauci, the nation’s top infectious disease specialist, said he does not think it’s a “big deal” for the nation to fall slightly short of the July 4 target.
“You set a goal. If you reach it, great. If you don’t, you keep going to try and reach it and go beyond it,” he said.
Source: Read Full Article