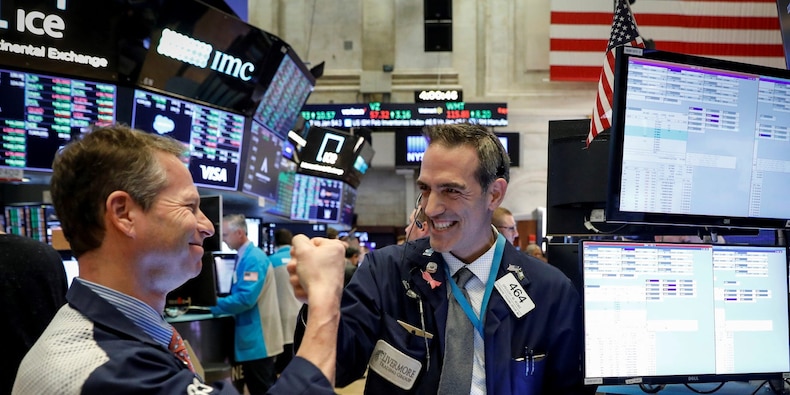 US stocks hovered near record highs on Friday as investors cheered strong economic data from around the globe and strong corporate earnings.

China said its economy grew 18% in the first quarter of 2021, with the nation saw retail sales soar 34.2% in March. In the US, housing starts surged 19.4% to a a 15-year high on Friday after jobless claims tumbled to a pandemic-era low the prior day.

“The stock market continues to validate the optimistic forecasts from last year which predicted a strong economy that was driven by consumers emerging from their homes, emboldened by vaccinations or by a belief that the worst of Covid was behind us,” said Chris Zaccarelli, Independent Advisor Alliance chief investment officer.

Read more: Bank of America shares 6 ETFs to capitalize on what could be the greatest capital-spending boom in 4 decades as Biden’s infrastructure policy rolls out

Morgan Stanley concluded a blockbuster week for bank earnings, beating estimates in every major category – although the strong report was overshadowed by a $911 million loss linked to the Archegos Capital implosion.