US Pledges $3 Bln In Additional Security Assistance For Ukraine 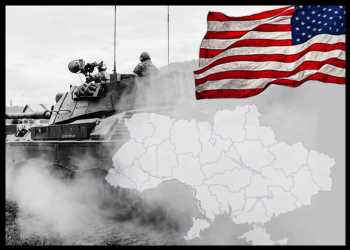 The United States has pledged nearly $3 billion in additional security assistance for Ukraine to help fight Russia’s invasion as well as enable the country to defend itself over the long term.

This will allow Ukraine to acquire air defense systems, artillery systems and munitions, counter-unmanned aerial systems, and radars to ensure it can continue to defend itself over the long term, Biden said.

“Today and every day, we stand with the Ukrainian people to proclaim that the darkness that drives autocracy is no match for the flame of liberty that lights the souls of free people everywhere,” he added.

It underscores the U.S. commitment to supporting Ukraine over the long term – representing a multi-year investments to build the enduring strength of Ukraine’s Armed Forces as it continues to defend its sovereignty in the face of Russian aggression, Pentagon Press Secretary Brig. Gen. Pat Ryder said in a statement.

Unlike Presidential Drawdown (PDA), USAI is an authority under which the United States procures capabilities from industry. This announcement represents the beginning of a contracting process to provide additional priority capabilities to Ukraine in the mid- and long-term to ensure Ukraine can continue to defend its independence.

The $2.98 billion worth of weapons and equipment is the biggest tranche of U.S. security assistance for Ukraine to date.

With this, the United States has committed more than $13.5 billion in security assistance to Ukraine since January 2021.