(CNN)About 46% of all Americans have received at least one dose of a Covid-19 vaccine — but the rates differ depending on where you look.

At the top of the list is Vermont, where 62% of the population has had at least one vaccine dose. Every state in the Northeast has given at least one dose to over half of its population, according to data from the US Centers for Disease Control and Prevention.
At the bottom is Mississippi, where 32% of the population has received at least one vaccine dose. Similarly, every state on its border has vaccinated less than 40% of its residents.
The contrast between states and regions largely fits along partisan political lines: States that voted Democratic in the most recent presidential election have higher vaccination rates than those that voted Republican. In fact, the 22 states with the highest percentage of vaccinated people all voted for President Joe Biden. Among the 17 states with the lowest vaccination rates, only Georgia went for Biden, according to the CDC. 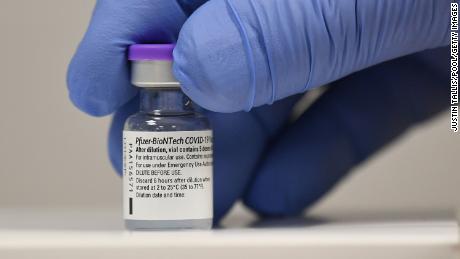 Other demographic differences, including age, race and education, have similarly influenced vaccination rates.

The five states with the highest percentage of people with at least one dose are Vermont, Massachusetts, Hawaii, Connecticut and New Hampshire. At the other end, the five states with the lowest percentage of people with one dose are Mississippi, Louisiana, Alabama, Wyoming and Idaho.
These partisan trends are particularly clear within states, too. For example, New York County, which covers heavily Democratic Manhattan, has fully vaccinated 47% of its population. Meanwhile, Orleans County, the rural northwest New York enclave where former President Donald Trump won 67% of the vote, has fully vaccinated 30%.
There are slight differences in these state rankings depending on how exactly you measure, such as whether you look at those partially or fully vaccinated, or whether you compare total population, those older than 18 or those older than 65. Still, the overall demographic trends are clear, and they fit cleanly with America’s politics and demographics.
President Biden has set a target of having 70% of US adults receive at least one vaccine dose by July 4. As of Monday, four states have already reached that goal.
The Moderna and Johnson & Johnson vaccines are only authorized for those 18 and older, but Pfizer’s vaccine has emergency authorization from the Food and Drug Administration for those 12 and older.

Why the differences between states 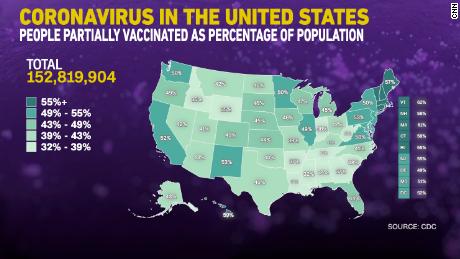 The differences are largely because young people and Republicans have shown the highest levels of vaccine hesitancy, according to a CNN poll conducted by SSRS in late April. Further, those without a four-year college degree were more likely to say they will not seek out a vaccine, the CNN poll found.
Racial demographics also play a role in the differences, as Black and Hispanic people have been vaccinated at rates lower than their percentage share of the population, according to CDC data. Health advocates and polling have indicated vaccine misinformation and a lack of access are the key reasons behind this difference.
Combine those demographic trends and you can understand why Vermont, like many New England states, has been so successful at vaccinations — its population is older and more White, with more college graduates and more Democrats. Mississippi is at the opposite end: younger and less White, with fewer college graduates and more Republicans, according to Census data. 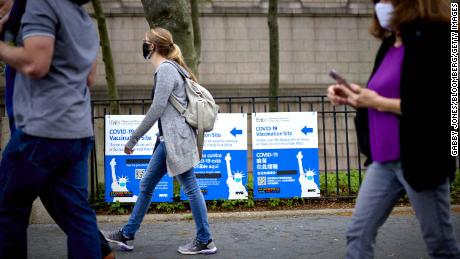 The Biden administration recently shifted its vaccination strategy to try to address these hesitancy and access issues. One change is to focus less on mass vaccination sites and more on local community clinics and pharmacies. The FDA also authorized the Pfizer vaccine this week for children aged 12 to 15, expanding the pool of those eligible.
Still, the differences between and within states underscore the United States’ unparalleled vaccination efforts over the past six months. China says it has administered more total vaccines, and Israel has vaccinated a higher percentage of people, but no country near the size of the US has vaccinated as high a percentage of its residents.
Despite the focus on herd immunity estimates, health experts say the vaccinations have caused declines in new Covid-19 cases, hospitalizations and deaths. Dr. Jonathan Reiner, professor of medicine and surgery at George Washington University, told CNN to watch for a day soon when 60% of the adult population has had at least one vaccination.
“I expect during the month of May we will see daily cases drop dramatically and deaths finally drop to quite low numbers,” he said Sunday.
Source: Read Full Article