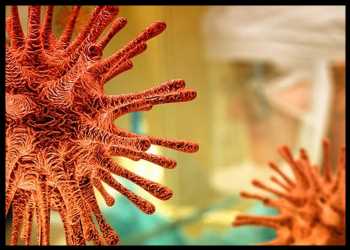 COVID-19 metrics in the United States fell to the levels seen during the initial stages of the pandemic.

New cases and deaths recorded on Sunday and Memorial Day were the lowest in more than a year.

While 131 new deaths and 7428 new cases were reported on Sunday, the figures were 150 and 5235 respectively, the following day. These are far lower than the current weekly averages in both metrics.

With this, the number of people infected with coronavirus in the U.S. increased to 34,113,14, and the total COVID death toll in the country reached 609,767.

The lower metrics are attributed to reporting delays on weekends and holidays.

A total of 27,863,840 people have so far recovered from coronavirus infection in the country, according to the latest data from Johns Hopkins University.

With more than 40 percent of the U.S. population fully vaccinated, the country celebrated Memorial Day close to normal with crowds flocking to beaches and bars, reports say.

US airports experienced busy traffic during the holidays.

However, the World Health Organization warned against complacency.

“We’re very encouraged that cases and deaths are continuing to decline globally, but it would be a monumental error for any country to think the danger has passed,” WHO Director-General Tedros Adhanom Ghebreyesus said in closing comments to the WHO’s annual week-long high-level assembly.

Although COVID cases and deaths are declining globally, Tedros insisted that the way out was through “tailored and consistent” public health measures in combination with equitable vaccination.

The UN health agency chief urged all Member States to commit to vaccinating at least 10 percent of the global population by the end of September and at least 30 percent by the end of the year.

Tedros said that a potential international pandemic preparedness treaty will be discussed in a special session of WHO members in November.

The World Health Organization also announced that it has assigned new simple labels for key variants of the coronavirus, using letters of the Greek alphabet.

For example, the B.1.617.2 variant of concern initially identified in India will be labeled now as “Delta”. The one identified in the U.K. will be called “Alpha”.