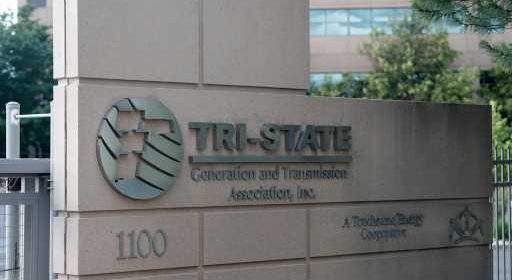 The Tri-State Generation and Transmission Association has proposed an immediate 2% rate decrease for the wholesale power it sells to rural electric cooperatives in Colorado and three other states and a 2% rate decrease in 2022.

If approved by the Federal Energy Regulatory Commission, the first reduction would be retroactive to March 1. The additional 2% wholesale rate decrease would take effect March 2022.

Tri-State said in a statement Friday it would impose a moratorium on any rate increases until May 31, 2023.

The rate decreases are among the goals the Westminster-based power provider announced in October 2020. Tri-State said a goal was to lower wholesale electric rates by 8% by the end of 2023.

Other objectives include a 90% reduction in carbon dioxide emissions by 2030 across the generation facilities Tri-State owns or operates in Colorado and a 70% reduction in emissions associated with wholesale electric sales in the state. The utility also aims to get 50% of its power in Colorado from clean energy sources by 2024 and 100% by 2040, according to a plan filed with the Colorado Public Utilities Commission.

The La Plata Electric Association in Durango, one of the cooperatives seeking a contract buyout figure, said the proposed rate decreases are the result of “significant negotiations” between Tri-State and its members. Jessica Matlock, the association’s CEO, said in a statement that the proposals are an encouraging step toward the rate reductions promised by Tri-State.

Tri-State provides electricity to 16 cooperatives in Colorado and several others in Wyoming, New Mexico and Nebraska. The utility’s board of directors is made up of representatives from its member cooperatives.