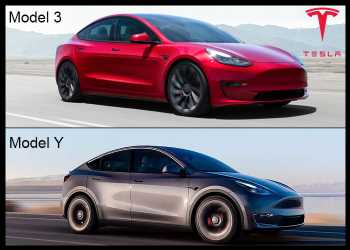 Tesla Inc. is recalling more than 321,000 vehicles in the United States citing issues with the tail lights.

In a filing with the National Highway Traffic Safety Administration or NHTSA, the luxury electric vehicles maker said the recall includes some 2023 Model 3 and 2020-2023 Model Y vehicles.

The company noted that in rare instances, taillamps on one or both sides of affected vehicles may intermittently illuminate due to a firmware anomaly that may cause false fault detections during the vehicle wake up process.

A taillamp that intermittently illuminates may result in reduced visibility in dark conditions, causing increased risk of a collision.

Meanwhile, brake lamps, backup lamps and turn signal lamps are not affected by this condition and continue to operate as designed.

The recall was issued after receiving customer complaints primarily from foreign markets.

As of November 14, Tesla identified 3 warranty claims over the issue. However, there are no reports of any crashes, injuries, or deaths related to this condition to date.

Tesla said it will deploy an over-the-air or OTA firmware update to correct the firmware anomaly that may cause false fault detections during the vehicle wake up process, which will ensure that all taillamps operate as designed.

Tesla very recently recalled about 30,000 Model X cars in the U.S. due to an issue that can cause the front passenger airbag to deploy incorrectly in some situations. Earlier in November, the company called back more than 40,000 Model S and Model X vehicles due to a software issue with power steering assist.

In 2022, Tesla has so far issued 19 recalls in the country, including more than a million vehicles due to windows that were not working properly.