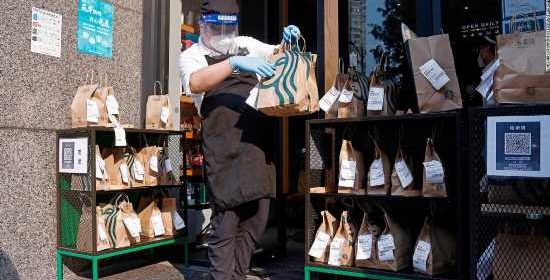 In the three months ending on July 3, sales at Starbucks’ Chinese locations open at least 13 months dropped 44%.
“China faced its most severe COVID disruption since the onset of the pandemic,” in the quarter, said Belinda Wong, chairman of Starbucks China, during a Tuesday analyst call discussing the results. “Mobility restrictions and lockdowns were implemented faster and eased more slowly under China’s zero-Covid policy,” she said, adding that Shanghai, Starbucks’ largest market, was totally locked down for about two-thirds of the quarter.

Starbucks’ international sales fell 18% in the quarter, dragged down by poor results in China. Discounting the sales drop there, international growth would have been up by double digits, the company said Tuesday.

China’s zero-Covid policy has made it difficult for individuals and companies to get back to business as usual. That’s a problem for Starbucks, which counts China as one of its most important markets. Starbucks has about 5,760 Chinese locations, and points to the region as a growth opportunity for the brand. 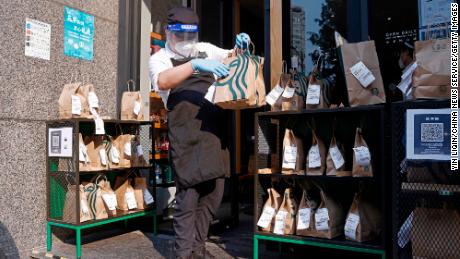 Even in light of the difficult quarter, “our position in the market and our aspirations for the future have never been greater” in China, Starbucks interim CEO Howard Schultz said during the call Tuesday.
The situation has been improving as Covid restrictions ease, said Wong, noting that “we saw immediate improvement in traffic and sales following Shanghai’s reopening in early June.” She added that “we’re continuing our relentless focus on the long term even as we navigate short-term disruptions.” The company plans to have 6,000 locations open in China by the end of the year.

In other international markets, Starbucks has been rethinking its presence. Earlier this year, Starbucks said it was leaving Russia for good due to the war in Ukraine.
And the UK newspaper the Times said in July that Starbucks was considering whether it could or should sell its business in the United Kingdom. Starbucks said at the time that it was not engaged in a “formal sales process” and reiterated that it wanted to stay in the region.

In the United States, where the company is battling a building unionization effort, sales have been growing. Sales at US stores open at least 13 months jumped 9% in the quarter.
Despite the decline in China, investors were pleased with the company’s overall results. Starbucks (SBUX) stock jumped nearly 2% after hours on Tuesday.
Source: Read Full Article