Shares and sterling soar after trade and Brexit boosts

LONDON/SYDNEY (Reuters) – Shares already trading at record highs piled on the gains and the pound soared on Friday as a last-gasp Sino-U.S. trade deal and a thumping election win by Britain’s Conservative Party cleared two of the darkest clouds on the global investment horizon. 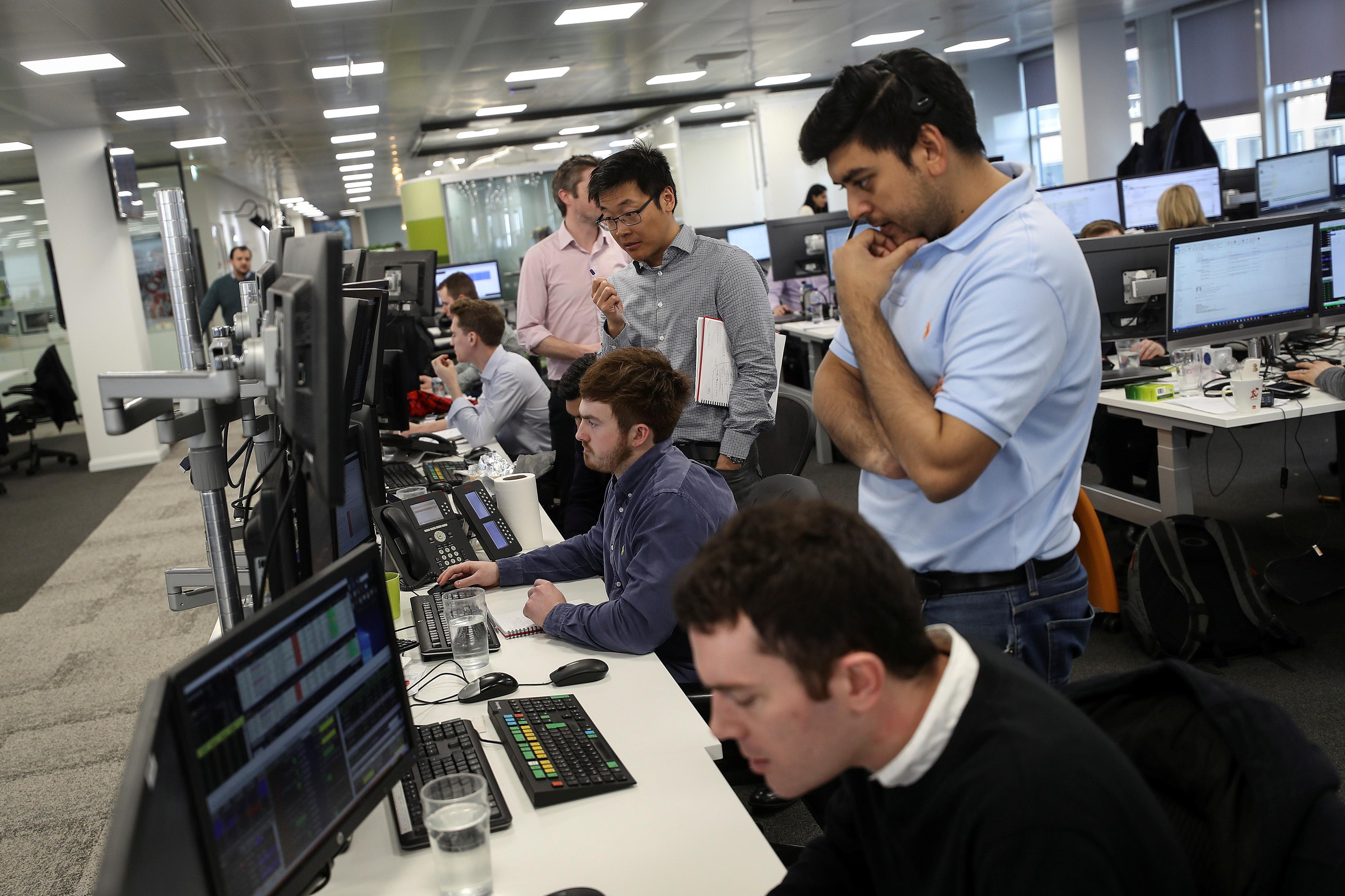 The double dose of relief knocked safe-haven sovereign bonds and the Japanese yen, and led markets to scale back the chance of more interest rates cuts around the world.

“Global investors have been given two of the biggest gifts on their Christmas list and should be appreciative for a while at least,” said Sean Callow, a senior forex analyst at Westpac.

“Global equity indices such as MSCI World should set more record highs and sterling could push above $1.36.”

The pound hit its highest since mid-2018 as exit polls and then a run of UK vote results quickly wiped out any chance of a shock win by the left-wing Labour opposition, which had been a worry for investors.

Prime Minster Johnson won a commanding majority in Britain’s Parliament, giving him the power to deliver Brexit, though trade talks with the European Union were set to drag on for months yet.

A wave of trade euphoria had already lifted Wall Street to record highs. Reuters reported the United States has agreed to reduce some tariffs on Chinese goods and delay a tranche of tariffs as part of a ‘phase one’ deal.

China had agreed to make $50 billion in agricultural purchases in 2020, that person and another U.S. source familiar with the talks said.

“If the U.S. cuts the current tariffs to some extent as reported, that is not something markets have priced in, so we could see a further leg up,” said Norihiro Fujito, chief investment strategist at Mitsubishi UFJ Morgan Stanley Securities in Tokyo.

MSCI’s broadest index of Asia-Pacific shares outside Japan .MIAPJ0000PUS jumped 1.5% to its highest since late April.

E-Mini futures for the S&P 500 ESc1 rose 0.4% to another peak, though London’s FTSE futures FFIc1 were only up a modest 0.2%, perhaps because a Conservative win had already been priced in, but also because a stronger pound makes British firms’ international earnings look less impressive.

Interest rate futures <0#FF:> slipped as investors priced in less chance of a rate cut from the Federal Reserve next year – a shift seen across a range of developed nations including the UK.

Other safe harbours also took a beating, with the yen sliding across the board. The dollar firmed further to 109.60 yen JPY= having risen 0.7% overnight.

The dollar fared less well elsewhere, slipping 0.5% to 96.792 .DXY against a basket of currencies, as the pound and the euro both benefited from the UK election result.

The dollar hit an 18-week low to the yuan as any trade truce would be seen as a boon for the export-heavy Chinese economy. It was at 6.9607 yuan CNH= having shed a steep 1.2% overnight.

“Risk appetite ran wild after Trump signalled that he made a deal with China and that will only be positive for global demand forecasts for crude,” said Edward Moya, senior market analyst at OANDA.

How Market Volatility Is Shining a Light on DeFi’s Structural Vulnerabilities
We and our partners use cookies on this site to improve our service, perform analytics, personalize advertising, measure advertising performance, and remember website preferences.Ok