Photos show huge protests around the world, where hundreds of thousands are striking to demand action on climate change

Millions of people around the world are expected to walk out of school and work on Friday, as part of the global climate strike inspired by 16-year-old climate activist Greta Thunberg.

It is the first of several planned events ahead of and during the United Nations Climate Action Summit next week.

The strikes started in Australia on Friday morning, whereSchool Strike 4 Climate, the organizers of the event, say over 300,000 people took part across the country. They are spreading across the planet over the course of today, already reaching Thailand, India, Bangladesh, Germany, Turkey, the UK, and many other countries.

“This is basically the only way to have our voice heard,” Nishtha Sharma, 17, of Melbourne, Australia told Business Insider.

Here’s a look at some of the protests:

Organizers say over 300,000 people took part in the protests across Australia. Here, protesters march in Melbourne. 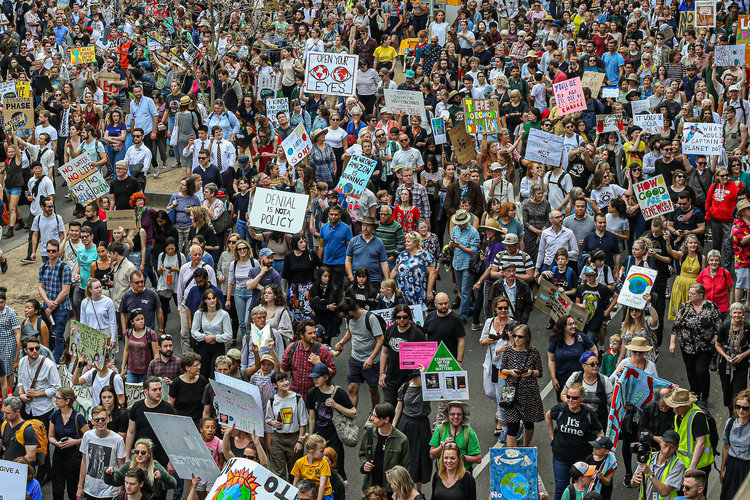 This photograph shows a huge crowd in a Sydney park. 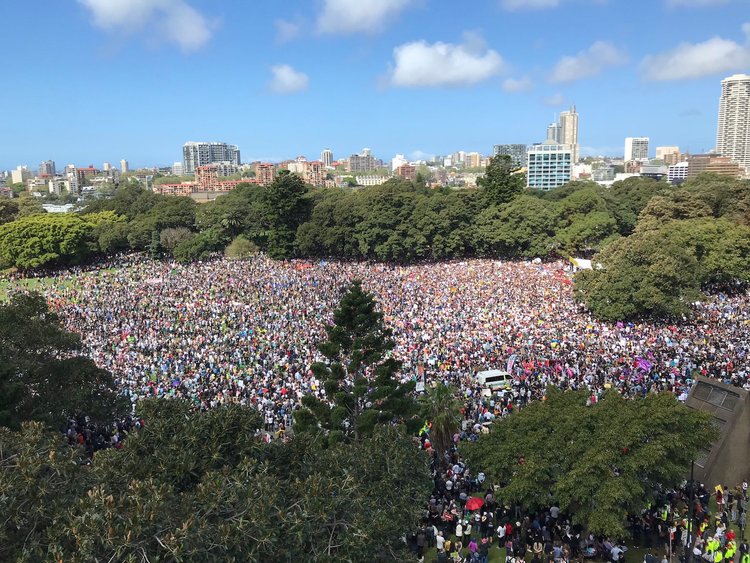 It was tweeted by Kym Chapple, a politician for Australia’s Greens Party.

The protests are led by school students, who started the movement this year by skipping school on Fridays to call for government action on climate change. 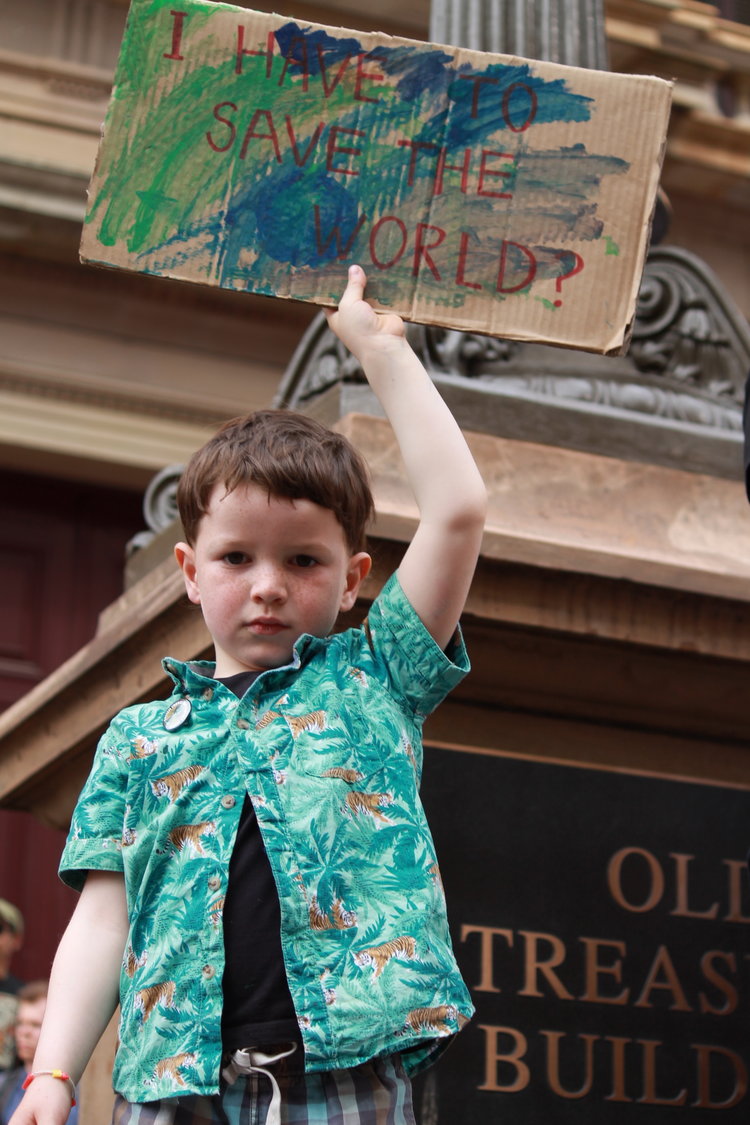 The students reject the common criticism that they should be in school.

Danielle Porepilliasana, a high school student in Sydney, said: “World leaders from everywhere are telling us that students need to be at school doing work. I’d like to see them at their parliaments doing their jobs for once.”

Some protesters joked about how they were skipping school for the day. 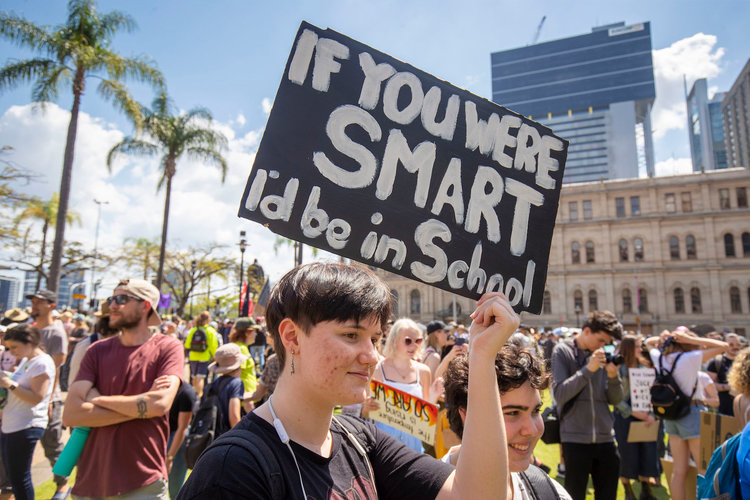 The top 10 carbon emitters in the country also tookquestions from schoolchildren on Friday.

People of all ages ⁠— including babies, toddlers, teens, and adults — gathered across the country. 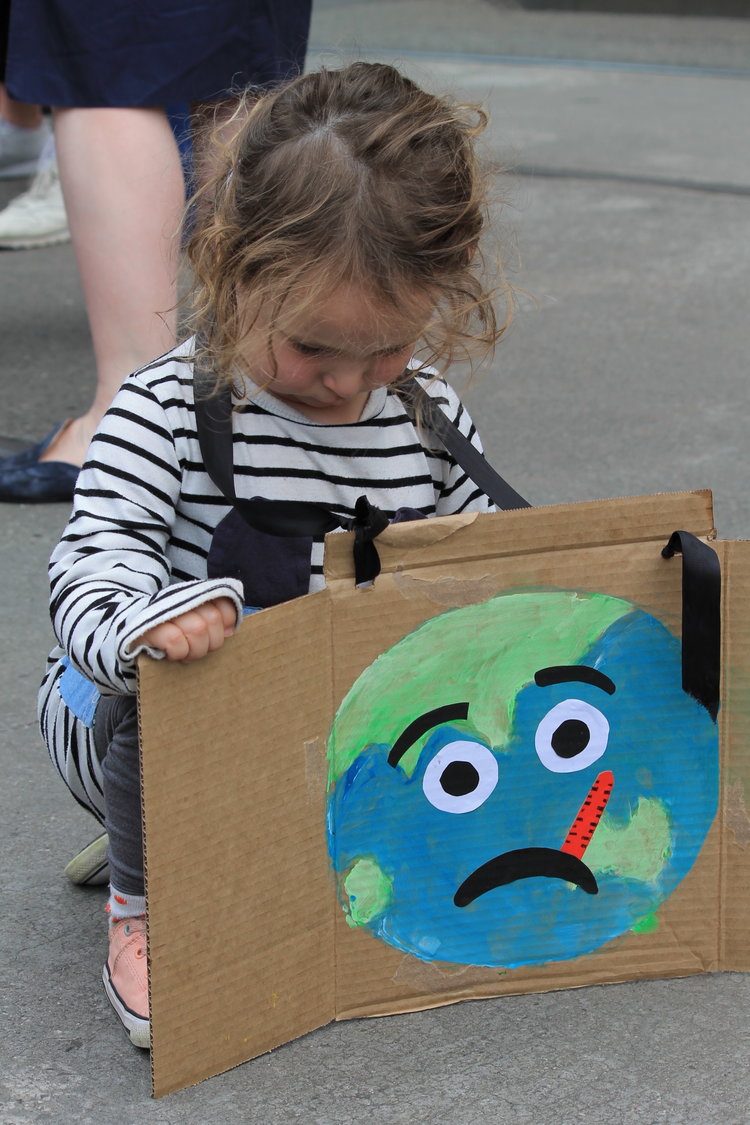 “I’m worried about the ice melting which isn’t very good.”

The protests are now spreading across the planet. 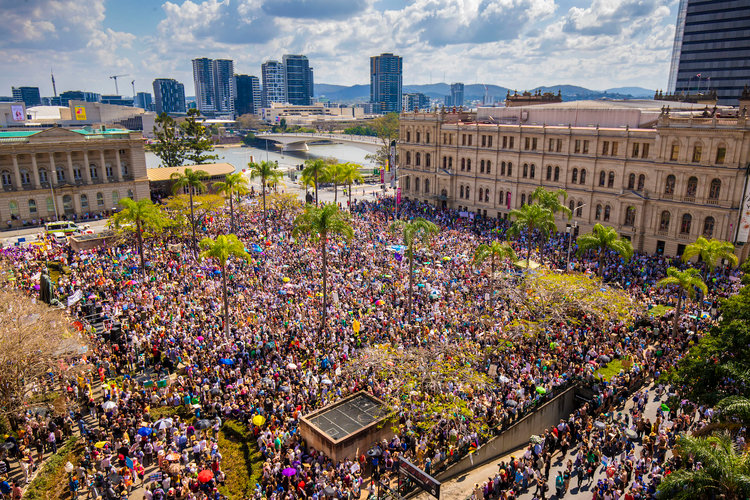 In Thailand, people protested in front of the Ministry of Natural Resources and Environment in Bangkok. 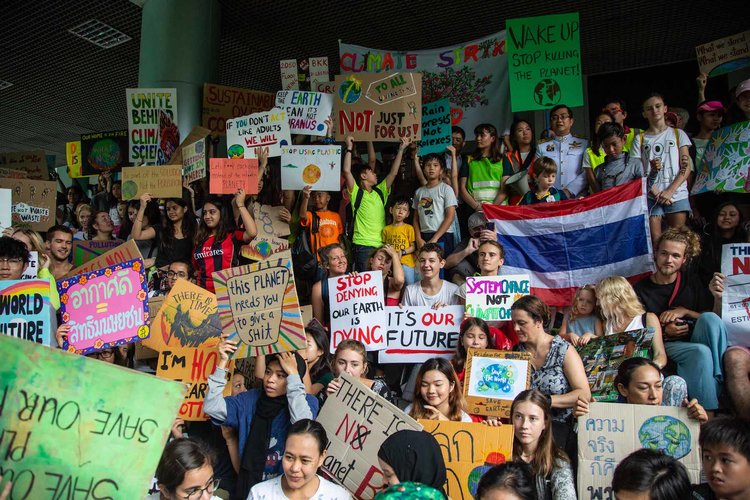 They staged a “die-in,” an attempt to symbolize the consequences of climate change. They also delivered a letter to the government calling on it to declare a climate emergency and phase out coal. 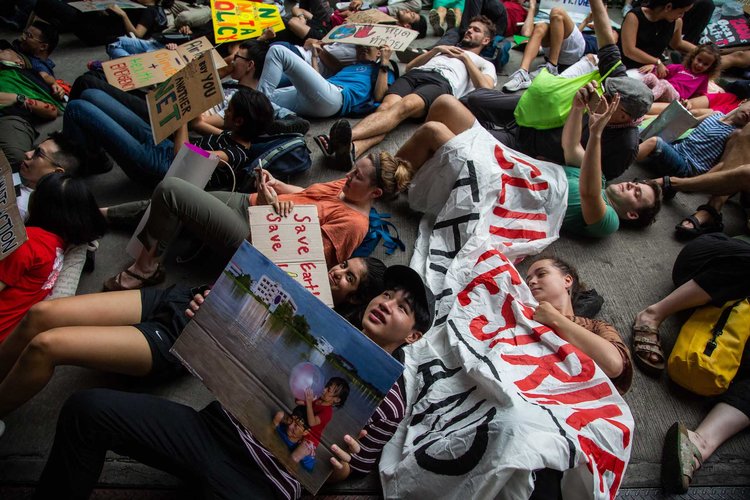 400 protests have been announced across Germany along. Here, people flood the streets of Hamberg. 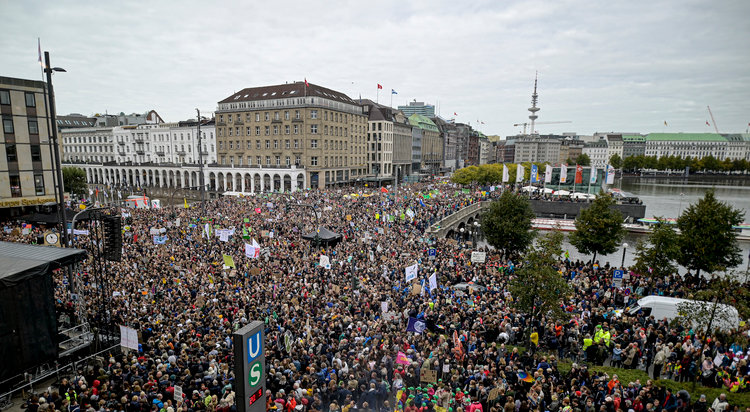 In Berlin, demonstrators stood with a rope around their necks on blocks of ice in front o the Brandenburg Gate. 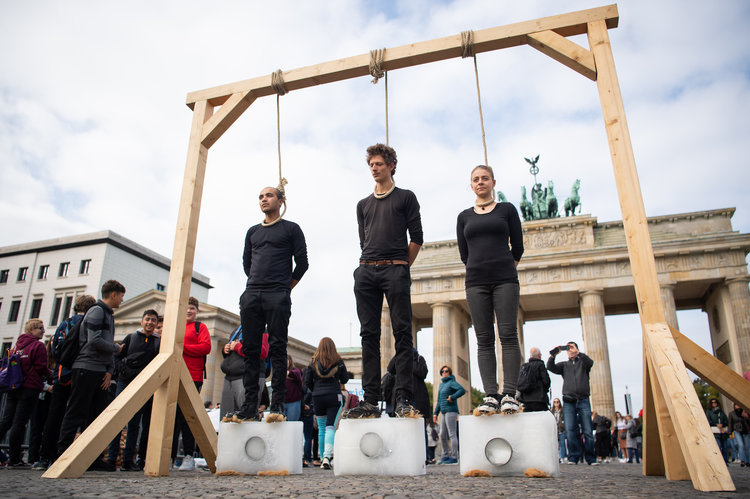 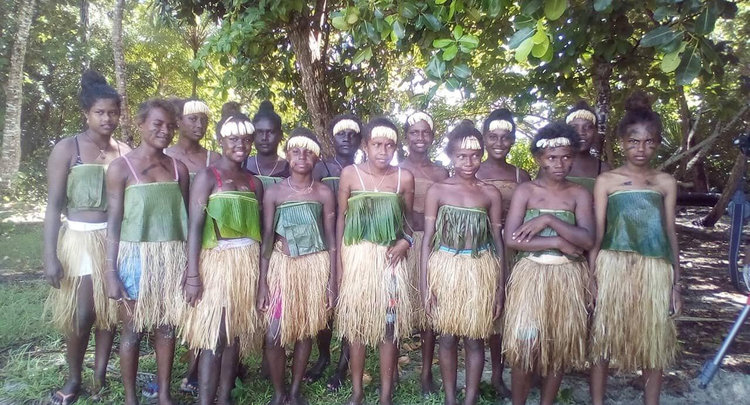 The Solomon Islands, located in the Pacific, are already experiencing the effects of rising sea levels, flooding, and erosion. Communities have had to relocate on these low-lying islands, and several reef islands have been lost to the sea.

And students gathered in low-lying Bangladesh, calling for political leadership. 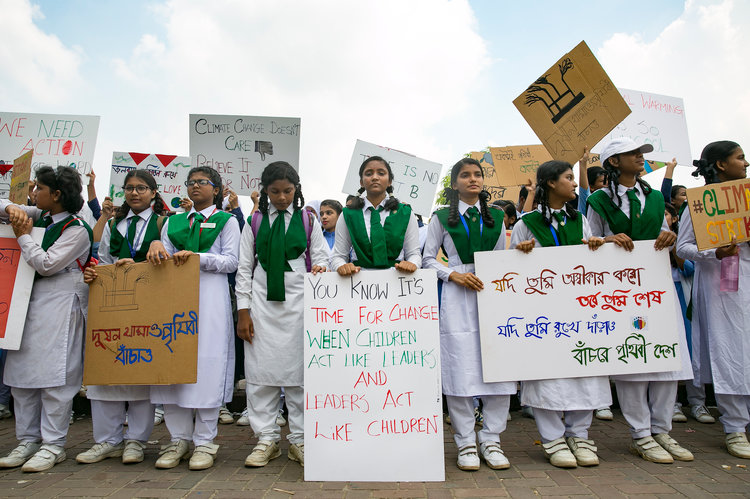 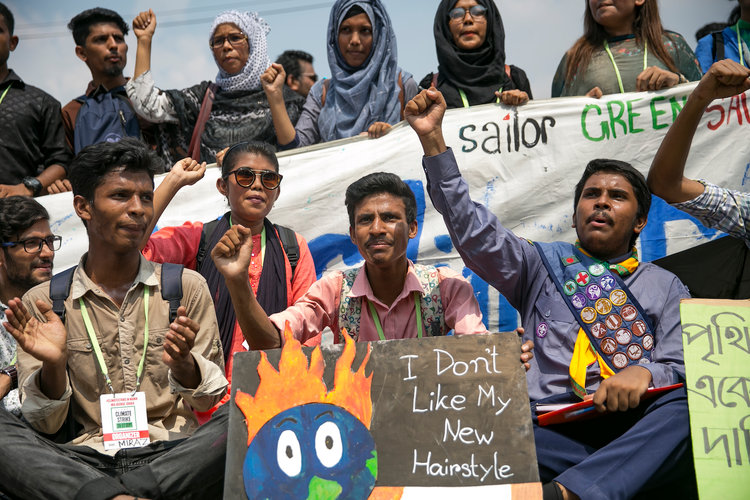 Schoolchildren in Turkey are also demonstrating. 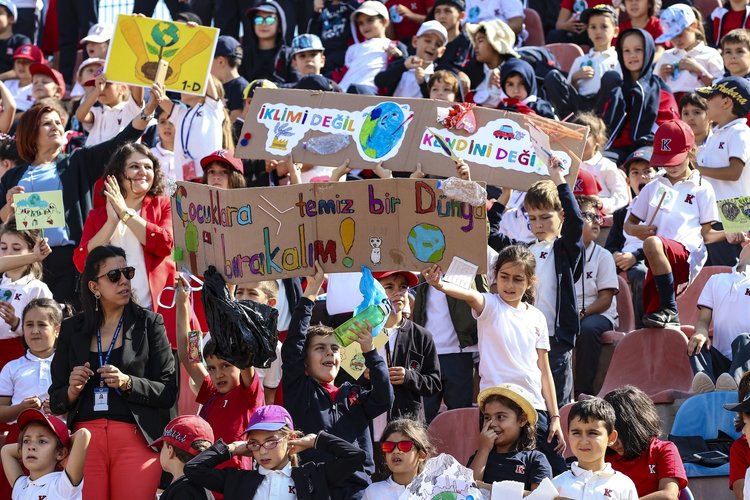 Students also took to the streets in Poland. Here are some protesters in Krakow. 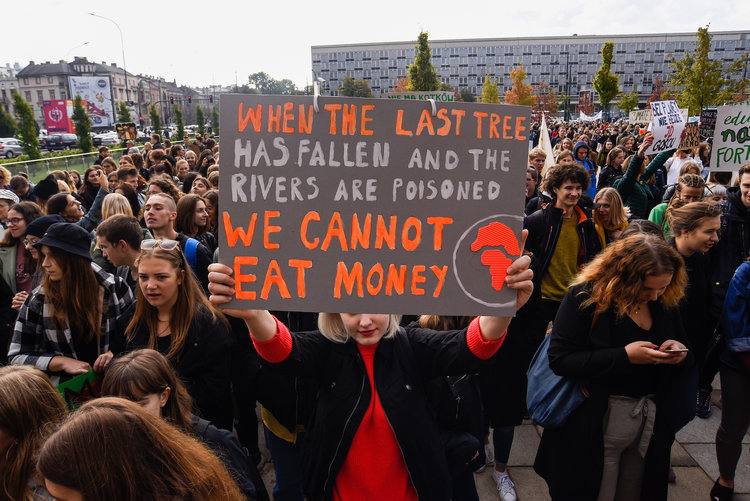 There was also a protest in Hong Kong. 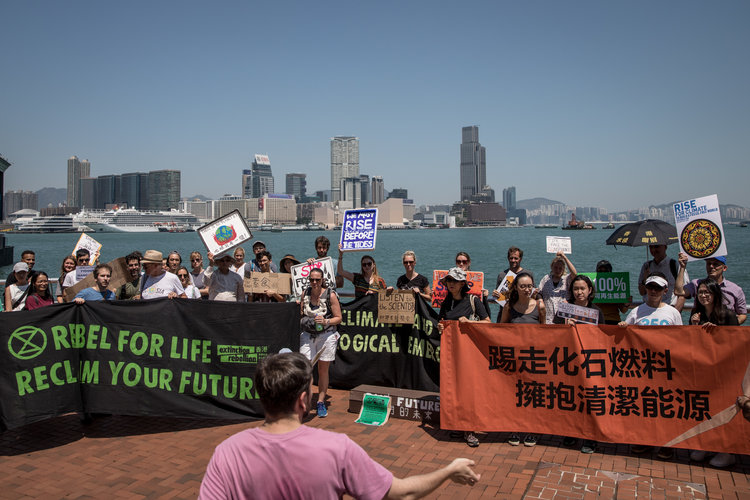 The protests have also reached Cyprus. 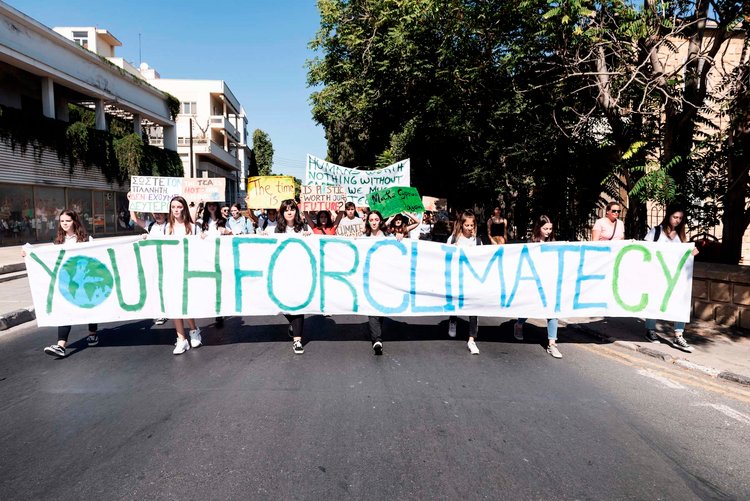 Police order review against man suspected of spitting on rail worker
We and our partners use cookies on this site to improve our service, perform analytics, personalize advertising, measure advertising performance, and remember website preferences.Ok