Omicron Reported In 15 US States; Variant Likely To Spread In Coming Weeks 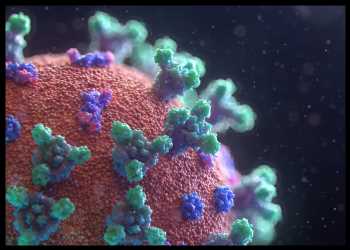 A least 15 states in the United States have so far reported the Omicron variant of the coronavirus, and the number is likely to rise further in the coming weeks, but the Delta variant remains the major threat, according to the country’s top health officials.

“We know we have several dozen cases and we’re following them closely. And we are every day hearing about more and more probable cases so that number is likely to rise,” CDC Director Dr. Rochelle Walensky said in an interview to ABC News on Sunday.

Chief Medical Advisor to the President Dr. Anthony Fauci said early signals on the severity of the Omicron variant are “a bit encouraging,” and that it is not causing more severe illness.

“But we really got to be careful before we make any determinations that it is less severe or really doesn’t cause any severe illness comparable to Delta. But thus far, the signals are a bit encouraging regarding the severity. But again, you got to hold judgment until we get more experience,” Dr. Anthony Fauci told CNN.

All the main Covid metrics in the country are on the rise.

The weekly average of new cases has risen by 19 percent, deaths by 5 percent, and hospitalizations by 18 percent within the last two weeks, as per data compiled by the New York Times.

With 34221 new cases reporting on Sunday, the total number of Covid infections in the United States rose to 49,086,840, as per the latest data from Johns Hopkins University.

An additional 161 Covid deaths on the same day took the total number of people who died due to the pandemic to 788,364. Sunday’s lower metrics, as a rule, are attributed to reporting delays on holidays.

As per the latest data published by the Centers for Disease Control and Prevention, 198,962,520 people in the United States, or 59.9 percent of the population, have been fully vaccinated against the coronavirus. This includes 86.5 percent of people above 65.

More than 46 million Americans, or 23 percent of the population, have already received a booster shot.