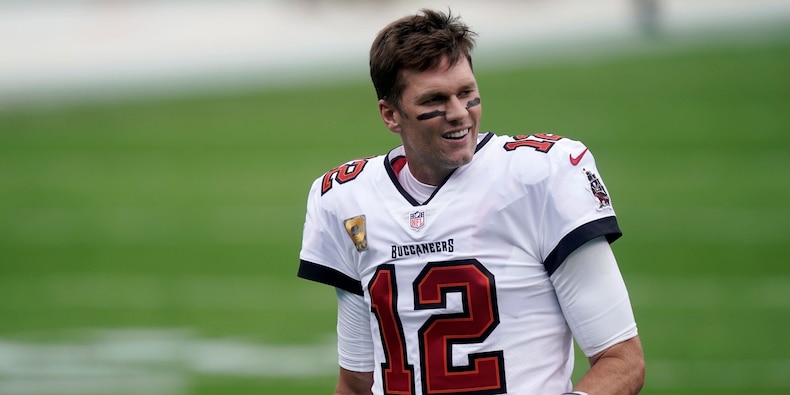 Star NFL quarterback Tom Brady has hinted that he has become a crypto investor, switching his Twitter profile picture to one that features the laser eyes popular among bitcoin fans.

The Tampa Bay Buccaneers player was tweeted by Jason Yanowitz, co-founder of digital asset firm Blockworks, saying: "Rumour has it @TomBrady is loading up on Bitcoin. Retweet if you think the GOAT [greatest of all time] should turn on laser eyes."

Brady replied: "Hmmmm should I change it??" He then took the plunge and switched pictures on Monday.

The football star, who has won seven Super Bowls, did not say whether he has in fact bought bitcoin or any other cryptocurrencies.

But bitcoin fans certainly understood the profile-picture swap to be a sign Brady is backing crypto. The laser eyes profile picture meme is commonly understood to mean someone has their sights firmly set on $100,000 bitcoin price. It stood at around $56,000 on Tuesday.

Michael Saylor, chief executive of MicroStrategy, a technology firm that has invested more than $2 billion in bitcoin, tweeted: "#Bitcoin now has a star quarterback. Welcome to the team @TomBrady."

The changing of Twitter profile pictures might not usually be of interest to financial market participants. But cryptocurrencies like bitcoin have in part boomed because of endorsements from big names and famous companies, such as Elon Musk's Tesla and Square, the payments company founded by Twitter co-founder Jack Dorsey.

An endorsement from one of the most famous and admired sports people in the US – who has 1.9 million Twitter followers as well – could be very helpful for bitcoin and other cryptocurrencies.

Brady has already shown interest in the crypto world, with plans to launch a company for non-fungible token collectibles called Autograph.