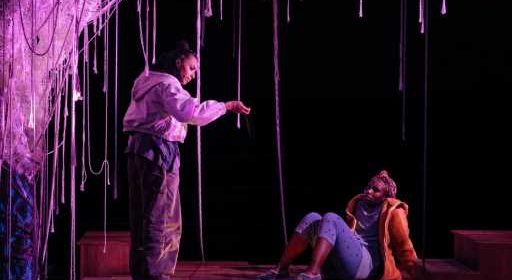 The Public Theater, one of New York’s premiere Off Broadway companies, has canceled its prestigious 18th annual Under The Radar Festival due to “multiple disruptions related to the rapid community spread of the Omicron variant.”

The Public announced the cancellation on Twitter today. Considered one of the top international theater festivals focusing on new work, Under The Radar 2022 had been set to run from Jan. 12-30.

“While our robust Covid-19 protocols have created a safe environment within our theaters,” the Public said in the statement, “multiple disruptions related to the rapid community spread of the Omicron variant – including artist and staff availability, artist and audience cancellations, major flight interruptions, and visa processing delays – have prevented a viable way to move forward with presenting Under The Radar 2022. This is incredibly disappointing, but we believe it is necessary given the continued surge and ongoing disruptions.”

Ticket holders will be contacted by the Public via email.

When the line-up was announced in November, the Public’s artistic director Oskar Eustis said, “Under the Radar is The Public Theater’s investment in the future: young artists, brilliant boundary-breaking theater, and deep engagement with artists from around the globe. UTR is the center of the theatrical universe for these three weeks in January; come and see the world, and see the shape of things to come.”

At the time, Festival Director Mark Russell said the 2022 event would “celebrate the vibrancy, tenacity, and power of new theater from around the U.S. and the world,” and would be “unmediated, in person, and very alive.”