‘Monetisation of assets has come 75 years too late’

‘When the government wants to sell these assets, even if one set of assets gets caught in any quagmire, the whole process will fail.’
‘The entire world is watching us.’

Whether Finance Minister Nirmala Sitharaman’s plan to monetise India’s brownfield public assets of India under the new National Monetisation plan will be success or a failure.

“Are you going to use the money to distribute as Pradhan Mantri this yojana and that yojana? Or, are you going to retire high-cost debt?” M R Venkatesh, the well-known commentator on the economy, asks Rediff.com‘s Shobha Warrier. The first part of a typically lively exchange of views.

Some say, like demonetisation was a disaster, monetisation also will be. Do you think so?

Like all policies and programs, the devil always lies in its details.

I would say the monetisation of assets have come 75 years too late. This signals perhaps for the first time that the Narendra Modi government wants to break free from Nehruvian economics.

It is only a signal. We will have to see whether they will be able to do it, and the manner in which the NMP will be rolled out.

Can you elaborate on that?

Being a chartered accountant, I always look at the asset side with the liability side.

When you are selling off the assets for sale, the question is what are you going to do with the money?

But the finance minister explained that the government was not selling any public assets, it is only giving brownfield assets to private hands for development…

That is a different issue. Whether it is brownfield or greenfield, whether you are selling it or leasing it or renting it is a matter of details. But what are you going to do with the money? That is the issue on hand.

If you are going to exercise the second option, your balance sheet will shrink, which is welcome.

But if you are going to use this money for some reckless welfare schemes and meander into nothingness, or distribute Rs 100 to everybody, it is not acceptable.

Yes, the intent is that they are breaking free from Nehruvian economics at least on the asset side. Whether they will break free on the liability side also, we will have to see.

Yes, of course. And we must remain grateful to Nehru for doing so. But to say that since he created those assets, we should not sell it is unacceptable.

The fact of the matter is that the government does not have the management bandwidth to extract the best out of these assets.

The real issue is what is the government going to do with the money it gets from monetising these assets.

You mean, since they have not explained how they are going to use the Rs 6 lakh crore, you are sceptical.

Exactly. Are you going to sell your assets and reduce your fiscal deficit and your revenue deficit, and say that you have managed the economy fairly well? It should not be the case. It should not be credited or used to window dress the Budget numbers.

It should be Budget-neutral in the sense that it should not be taken credit for in any Budget estimate. And ideally the sale proceeds should be used to retire our debt.

My real worry is whether you are going to use it for your revenue expenditure and pay for the salaries of babudom or splurge in something utopian. 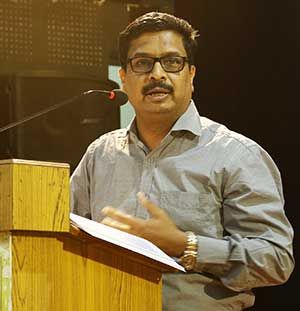 The FM said the monetisation programme was not like the earlier public-private partnership model which was a disaster and resulted in NPAs in public sector banks. Do you think this programme will attract private players?

See, the truth is, whenever you deal with the government, every businessman knows that it is a highly risky business. Governments can do anything, and you may end up with the wrong end of the stick.

I would see this from a positive angle. The PPP model must have probably given them enough experience. Still, this time when the government wants to sell these assets, even if one set of assets gets caught in any quagmire, the whole process will fail. The entire world is watching us.

So, if the government wants this exercise as a successful monetisation programme, it has to see that it will not be the case of some under secretary writing that without approval from the law ministry or the home ministry, it will not proceed. Then you are putting the whole project off for 6 months or 8 months. 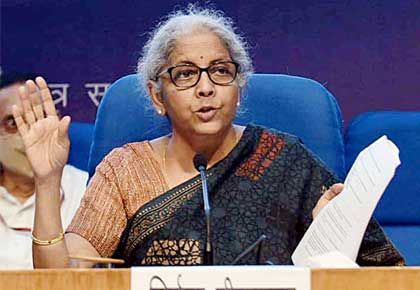