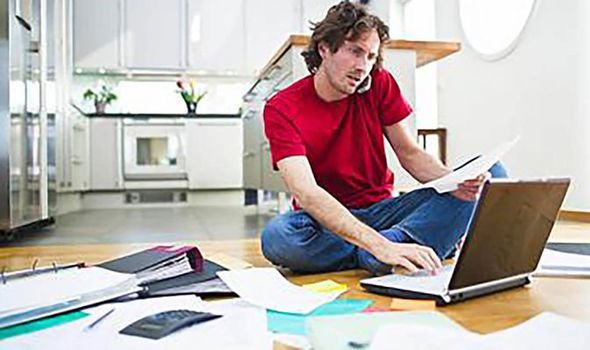 For almost two years Halifax customer Tom has battled to clear his name following an identity mix-up with another client whose first and surname are common in the UK and the same as his. “Each time I’m assured the confusion has been sorted it comes back in another form, my anxiety shoots up and there seems no escape,” Tom told Crusader last summer when he first asked for our help.

++ If you’ve been affected by this issue or feel you’ve been a victim of injustice, please contact consumer champion Maisha Frost on [email protected] ++;

The first sign of trouble was back in 2020 when Lloyds Bank warned him he had breached his overdraft limit. While a customer of Halifax, part of the banking group, he didn’t bank with Lloyds.

“I had to go into a branch and at first I was told I had probably forgotten about the account where apparently I owed a few thousand pounds,” he recalls. “I had to prove my identity at length, I felt like a fraud but it had to be done. It was clear my details had been merged by mistake.”

Tom, a member of the Armed Forces, was applying for a mortgage at the time and the error cost him a property purchase and threatened an employment contract he had from being renewed.

It took months to be sorted out. “I was thinking of complaining but by that time I felt so ground down I lost the will,” he says.

The wrecking ball returned this year when he was selling his flat and had his offer on a house accepted.

“The mortgage seemed to be taking a long time and my adviser said there was a problem with my credit report. Then I got letters from debt collectors demanding over £10,000 and it was back to sleepless nights. When I called, everyone tried to assist but it seemed beyond them.”

Crusader took up his cause and Tom was assured it was sorted and also received several hundred pounds in recognition of what he had gone through.

“This has left my credit report full of his details again. I’ve rung many times in a bid to clear it. I daren’t think of making any other application, for a phone or anything, there seems no point.”

But we hope that is not the case and Halifax has sprung into action again. It has consistently offered to supply any credit confirmation if Tom needed one, but everyone agrees that is not a lasting working solution.

Halifax said last week: “We know this isn’t good enough and have worked hard to put things right for [Tom], to make sure this cannot happen again. His credit file is being updated as a matter of urgency and we have made a payment in recognition of his experience.”

Updating files can take up two months. The Financial Ombudsman has highlighted the huge impact credit ratings have on people’s lives and is able to consider complaints including consumers finding themselves shut out of credit because the information held about them as well as any poor communication between credit reference agencies and other financial business that disadvantages consumers. www.financial-ombudsman.org.uk