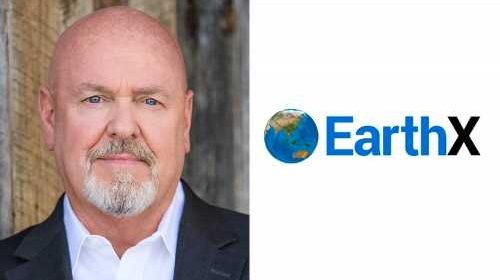 EXCLUSIVE: Michael Fletcher, a veteran media exec who most recently ran equestrian network Ride TV, has joined EarthX as Co-CEO and will lead environmental organization’s push into television and streaming.

Fletcher will focus on expanding the EarthxTV network and VOD platform, which features environment-themed programming. Co-CEO Lynn McBee will continue to lead a wide range of operations as EarthX expands into new areas.

Founded in 2011 as Earth Day Dallas by environmentalist and businessman Trammell Crow, the Texas-based entity is known for its annual April event, a film festival, expo and conference. In 2019, it drew more than 177,000 attendees, 2,000 environmental leaders, and 750-plus exhibitors. In 2020, when Covid forced the event into virtual mode, it drew more than 570,000 live-stream views. That number jumped to 600 million views in 2021 across 171 countries. The strides in streaming the event spurred the organization to look for a more permanent media presence. Since its expansion to full-time streaming last September, EarthxTV has become available on a dedicated website, via iOS and Android, and through distribution partners like Roku, Apple and Google.

“We’re at an exciting inflection point for the organization. EarthX has grown into a globally recognized organization committed to environmental stewardship,” Crow said. “Michael is the right person to lead our content expansion efforts. His experience in building successful entertainment channels that cater to deeply engaged audiences combined with his entrepreneurial approach will enable us to galvanize audiences and fulfill our mission. I’m thrilled to welcome him to the team.”

Fletcher co-founded Ride TV and was its CEO. Before that, he was president of Firestone Communications and launched Spanish-language children’s cable TV network Sorpresa. He joined Firestone from Hispanic Television Network, where he served as interim CEO and helped shepherd its sale to Firestone. At HTN, he spearheaded the company’s shift from broadcast to cable TV, expanding its carriage across major systems like Comcast, Charter and others. Fletcher also co-founded Televideo, the largest video production company serving the Tejano music industry in the U.S.

“Great storytelling has the power to change the world. I’m proud to join EarthX and bring to light the individuals and organizations working to solve pressing environmental issues we face globally today and in the future,” Fletcher said. “EarthxTV aims to serve our global community with programming that entertains, enlightens, and inspires each of us to be an active part in the care of our planet.”