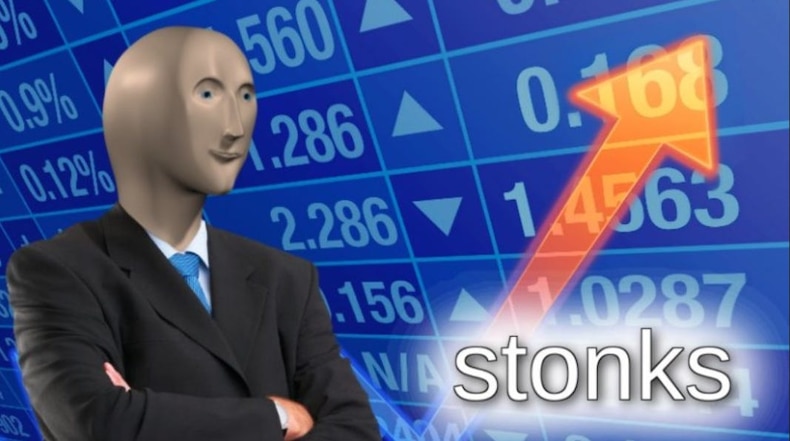 Among the retail favorites gaining steam were Bed Bath & Beyond, GameStop, Virgin Galactic, BlackBerry, Beyond Meat, and Koss Corp.

Shares of AMC Entertainment led the pack, though. On Wednesday, the stock surged as high as 126% to around $72 before paring some gains. Retail traders have remained bullish on the company despite a stock dump Tuesday by hedge-fund Mudrick Capital that happened just hours after AMC announced an agreement to sell 8.5 million shares to the fund. Mudrick defended the sale by saying the stock was overvalued.

Hashtags #AMCtothemoon and #AMCstock among others trended on Twitter Wednesday as retail traders united behind the company.

Meanwhile, GameStop, the meme stock that started it all earlier this year, jumped as much as 18% to trade just below $300. Headphone-maker Koss Corp. gained as much as 37% to around $33.

Bed Bath & Beyond, for its part, surged as much as 57% to around $42. The company announced the launch of its own private label brands as part of its turnaround strategy. Shares of the retailer jumped in January as well amid the GameStop frenzy.

BlackBerry continued on its rally for the second day as Redditors called for a "squeeze" on short sellers. Shares of the nostalgic telecom company that now works in cybersecurity gained nearly 50% in two days of trading.

Space tourism company Virgin Galactic, which had a successful test flight of its spaceship on May 22, jumped as much as 11% Wednesday, and newly minted meme stock Beyond Meat gained as much as 9%.

The word "AMC" trended alongside mentions of the other meme stocks, according to data from HypeEquity, along with words like "short" and "squeeze."

Retail traders have been targeting stocks with high short interest for months in an effort to cause a short squeeze – meaning those betting against the stocks would lose money. Short sellers have lost billions in the process but some have stuck to their positions.

If you're a Millennial or Gen Z investor willing to share your investing experience, reach out to the reporter of this article at [email protected].