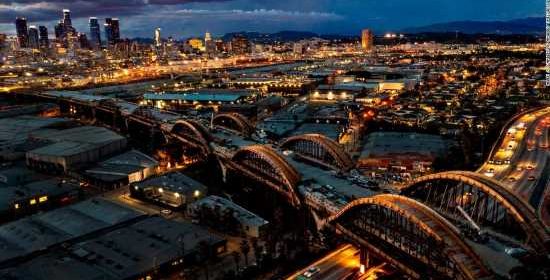 San Francisco (CNN Business)Biden’s big infrastructure plan, which was passed last month, promises to create hundreds of thousands of new jobs, many of which won’t require a college degree. But it’s going to be an uphill battle trying to fill those roles.

The $1.2 trillion Infrastructure Investment and Jobs Act includes $550 billion in new funding for roads, bridges, water and climate change mitigation.
Such a swell in opportunity is coming at a critical time: overall employment remains below pre-pandemic levels; skilled trades sectors, like construction, are struggling with labor shortages and aging workforces; and a slew of workers cast aside during the pandemic are looking to reenter the labor force.

But there’s a big kink in this grand plan, labor experts and economists say: There’s simply not enough money to educate and develop the hearty stream of skilled workers needed for all those critical roles.

“We have $550 billion of new spending coming down the pike for all of these new types of jobs, and we don’t have any money for training,” said Nicole Smith, research professor and chief economist at the Georgetown University Center on Education and the Workforce. 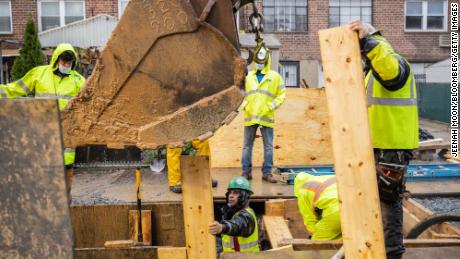 The Biden administration originally proposed that $100 billion be put toward workforce development programs, but many of the high-dollar investments in things like training and apprenticeships didn’t make it into the final version of the bipartisan infrastructure bill. Only some small-scale workforce skills measures were included, such as digital training and the allocation of transportation funds toward apprenticeship programs.
One glimmer of hope is in a separate bill making its way through Congress, Biden’s Build Back Better Act, which includes about $40 billion for workforce development and education to be doled out during the next few years.
But labor experts and training advocates say even that amount might not be enough. It would still leave the US lagging far behind other industrialized nations in labor skills spending; and, considering the elimination of other provisions, like free community college and paid family leave, there would still be barriers to entry for many potential new workers, said Katie Spiker, managing director of government affairs at the National Skills Coalition, a nonprofit worker training advocacy group.

Changing the stigma around ‘dirty jobs’

Moody’s Analytics projects that the Infrastructure Investment and Jobs Act’s peak labor force impact will occur in the fourth quarter of 2025, when there will be 872,000 more jobs as a result of the law. Of those jobs, about 461,000 are expected to be in construction; 227,000 in manufacturing; 75,000 in transportation and distribution; 35,000 in government; and 73,000 in other industries.
The jobs will also likely pay more — about $75,200 annually (in 2020 dollars) versus a current $71,500 annual wage for the typical infrastructure role, Mark Zandi, Moody’s Analytics chief economist, wrote in an email to CNN Business. 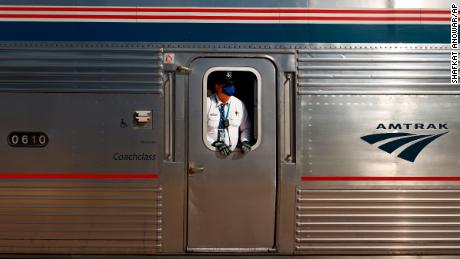 These positions will also offer lower educational barriers to entry, said Joseph Kane, a fellow in the Metropolitan Policy Program at the Washington, D.C.-based Brookings Institution, a public policy think tank.
A little more than half of infrastructure workers have a high school diploma or less as compared to nearly 32% of all workers, according to the Brookings Institution.
And those jobs, Kane said, go far beyond those that are thought of as “dirty” jobs.
“Often we overlook the millions of workers who are in invisible and essential occupations,” Kane said, noting that there will also be a need for administrative, service and technical positions, as well as financial analysts, customer service representatives, human resource specialists, engineers and others. 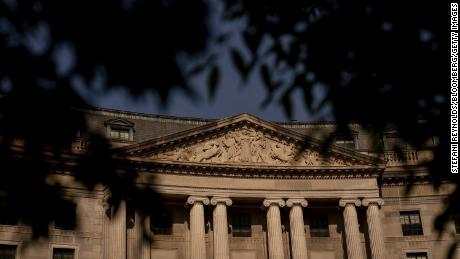 However, infrastructure jobs continue to suffer from an image problem. These days, getting a four-year college degree in some STEM (science, technology, engineering or math) field is the brass ring.
“We’ve been told that’s the path to success in modern America,” said Brian Turmail, a spokesperson for the Associated General Contractors of America, a trade organization supporting the construction industry. “Mammas didn’t want their babies to grow up to be construction workers.”
One of the broader consequences of that cultural shift, he said, is that fewer high schoolers are exposed to alternative vocations and trades, such as construction.
A $1 trillion-plus funding effort, however, could go a long way toward encouraging younger workers and their families to look at these trades in a more positive light, Turmail said.
“That sends a pretty loud signal to folks that this is a career where there are going to be many opportunities to learn and a lot of stability,” he said.

Angela Hanks, the acting assistant secretary of the Employment and Training Administration at the Department of Labor, told CNN Business that the added funding could be a “historic opportunity” to change the way that people get into jobs.
A focus within the Education and Training Administration has been on expanding the registered apprenticeship program writ large and into new industries like climate, Hanks said.
“We are very focused on ensuring that there are good pathways into those jobs, that those pathways lead to well-paying jobs, and that those pathways are accessible to and supportive of communities that have often been left behind — women, communities of color, individuals with disabilities,” she said.
The program, however, is currently small in scope. There are approximately 600,000 apprentices.
“Certainly we want to at least double that number,” Hanks said. 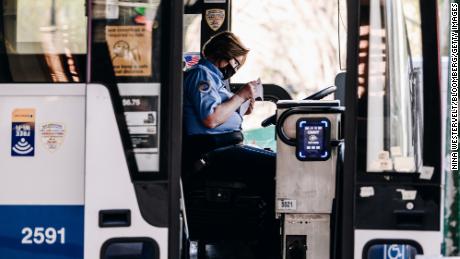 Generating interest is one hurdle, but labor economists have also long been sounding the alarm of the impending “silver tsunami,” the retirement of individuals within the significantly large Baby Boomer generation, said Georgetown economist Smith.
And the pandemic only accelerated retirements for many older workers.
“This is the first time it’s actually really, and quite frankly scarily, true,” Smith said.
The effects will reverberate throughout all industries but particularly in infrastructure-related jobs, which trend older and male, she said.
Workers such as building inspectors, bus drivers, boiler operators, and millwrights have a median age north of 50 years old, according to US Bureau of Labor Statistics data. The median age of all workers in 2020 was 42.5 years old.
To help counter these changes, industries such as construction will have to diversify and recruit, train and retain more women and underrepresented workers, said the AGC’s Turmail.
The infrastructure law on its own, however, runs the risk of deepening historic and systemic divides. 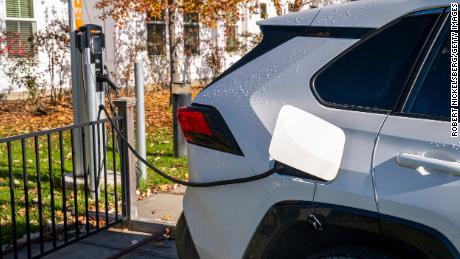 Moody’s Analytics projected that about 80% of the new jobs generated by the IIJA are expected to go to White workers, and 75% of the additional jobs likely will go to men, Zandi of Moody’s Analytics wrote in an email to CNN Business.
There are concerns that massive investments in infrastructure could disproportionately benefit men and leave women further behind at a time when many are facing barriers to reentering the workforce.
Women accounted for the majority of job losses during the early months of the pandemic, and many have yet to return.
That’s where federal funding for training can come in, said Spiker, of the National Skills Coalition.
“There already is a narrow pipeline of people going into these jobs,” she said. “Now there’s even more demand for skilled workers.”

In South Florida, Icilda Humes believes her organization could serve as a model for others seeking to help women enter and stay in non-traditional fields.
Humes serves as the chief of staff for Gang Alternative Inc., a nonprofit that got its start in 2005 to help provide kids and young adults with avenues outside of crime and violence.
Gang Alternative now runs more than 30 programs in three counties in the areas of positive youth development, family strengthening, health and wellness, community partnerships, and workforce development. Within that last pillar is EFFECT, “Encouraging Full Female Engagement in Construction Training,” a grant-funded program aimed at training 50 women aged 18 and older for jobs in the construction industry. 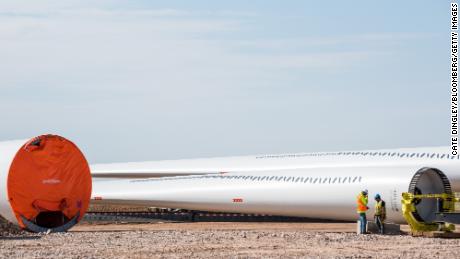 Gang Alternative offers job shadowing partnerships with local construction companies and an ongoing relationship with the National Association of Women in Construction.
Along with hard hats, hammers and boots, trainees also get gas cards, bus passes, mentorship, soft skills training, child care, case managers and other services to help provide enough security and stability in their life to ensure they can step away to receive training for several weeks. 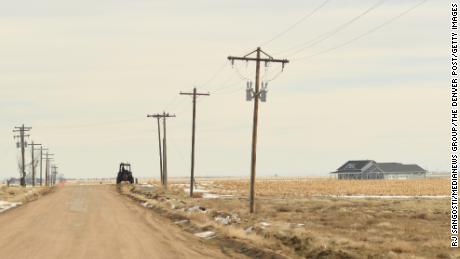 “A lot of times with [workforce development] funding, it’s checking a box. They want to see the numbers but are not necessarily concerned with the quality of service,” Humes said. “What about the other things that are happening in [trainees’] lives?”
The support system has been pivotal in allowing Pamela Walker to build her career in construction.
Walker, a 23-year-old single mother to four children, is unemployed, and was recently homeless.
“I had no daycare, no way to find money,” she said. “It was really hard.”
Now living in a townhome community for formerly homeless residents and with child care in place, Walker said she’s on the path to following in the footsteps of her father.
“I remember when my dad was living, he worked construction,” she said. “I remember putting on his hard hat and his boots and running around the house.”

When she learned about the EFFECT program, she knew she wanted to work in construction, especially in the specialty of heating, ventilation and air conditioning, or HVAC.
“I feel like it’s a better opportunity for me and my kids,” she said. “I want to own my own company one day. I don’t want them to go through what I went through.”
Source: Read Full Article