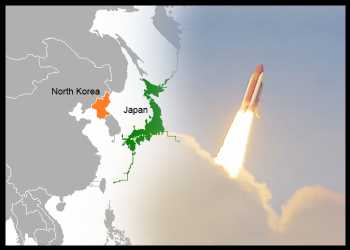 Vice President Kamala Harris on Friday convened an emergency meeting of the Indo-Pacific leaders after North Korea has launched an intercontinental ballistic missile.

It is capable of reaching U.S. mainland, according to Japan.

“Based on calculations taking the trajectory into account, the ballistic missile this time around could have had a range capability of 15,000km, depending on the weight of its warhead, and if that’s the case, it means the US mainland was within its range,” Japan’s defense minister Yasukazu Hamada said.

Kamala Harris convened the meeting on the margins of the Asia-Pacific Economic Cooperation (APEC) Leaders’ Meeting in Bangkok, Thailand.

The leaders agreed that, together with their national security teams, they would continue to assess the situation in close coordination with other allies and partners.

Since this launch is a brazen violation of multiple UN Security Council resolutions, the leaders were of the opinion that all UN Member States must fully implement all relevant Resolutions.

The leaders reaffirmed that a North Korean nuclear test would be met with a strong and resolute response from the international community.

They reiterated that the path to dialogue remains open for the Communist government, and called on it to abandon needless provocation and to return to serious and sustained diplomacy.

National Security Council Spokesperson Adrienne Watson said President Joe Biden has been briefed on the situation and he and his national security team will continue close consultations with Allies and partners.

“The United States will take all necessary measures to ensure the security of the American homeland and Republic of Korea and Japanese allies,” he said in a statement.

In the meeting the leaders agreed to enhance the military co-operation among the allies.

Japan’s defence minister Yasukazu Hamada said the missile had sufficient range to reach the US.