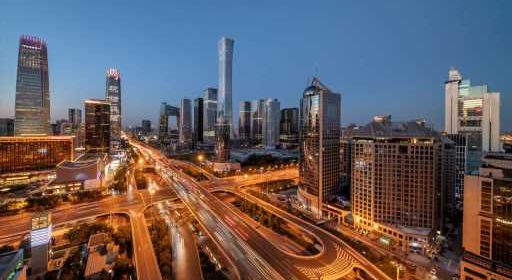 Venture capital investment in China rose in the July to September period from the prior quarter, bringing year-to-date totals to more than all of 2020, multiple data sources show.

The investor interest came even as the quarter began with an onslaught of regulation from Beijing. Just days after Chinese ride-hailing app Didi held its massive IPO in New York on June 30, Beijing ordered the company to suspend new user registrations during a security review. Didi shares have fallen more than 35% since the IPO.

A few weeks later, authorities abruptly ordered after-school tutoring companies to cut operating hours and banned investment from foreign capital in overseas listings. U.S.-listed shares of industry leaders like Tal Education plunged and are down more than 90% year to date.

"Global investors have certainly become very cautious," Jason Hsu, chairman and CIO of Rayliant Global Advisors, told CNBC in late September. "I think it's going to take a while for that cautious sentiment to reverse course."

Since late July, China's securities regulator has tried to calm foreign investors, while fund managers on the ground are tasked with explaining the developments to those overseas.

"China still needs foreign capital. I don't think China's own domestic capital will be sufficient to support this growth," said Fan Bao, founder, chairman and CEO of China Renaissance Group, a fund manager and investment bank based in Beijing.

China has an agenda for how the economy and society will develop, in which capitalism is a "very important tool," Bao said in an interview earlier this month. "But if, throughout the process, the outcome is not as intended, and even worse, the outcome is undesirable, in China, it will be cracked down on. That's the bit people need to understand."

Asia-based investors remained the most interested in China, compared with those based in Europe or North America, according Preqin data. For example, Asia-based investors actually increased the number of China buyout and venture capital deals in the third quarter, the data showed.

"Asian investors and European investors are a lot more calm in this environment," Bao said, noting his firm has few investors from North America.

However, his firm is still intent on raising U.S. dollars to make it easier for the many businesses that now want to list in Hong Kong, and Bao said it's difficult to raise yuan since the Chinese economy isn't as strong as it appears on the surface.

Piling into some sectors

While Bao and others speak of challenges in raising money for their investment funds, analysis of the data reveal that on other levels, capital is piling into specific industries.

"Investment into China for foreign investors is like a double-edged sword now," said Hongye Wang, China-based partner at venture capital firm Antler. He noted how the country certainly offers financial returns, while there are concerns about whether regulation will increase.

We asked 20 strategists how they're investing in China. Here's what they said

Bank of America picks 10 Asia stocks to buy this quarter

Accurate figures, especially for finance in China, can be difficult to obtain. But KPMG's analysis of Pitchbook data on venture capital financing in China puts the third quarter figure at $23.7 billion, up from $22.5 billion in the second quarter. That quarterly increase is in line with industry trends reported by Preqin and CB Insights.

"VC investors in China are quite cautious at the moment because of the different regulatory changes occurring in the market, particularly in areas related to fintech, tutoring, and overseas public listings," Allen Lu, partner and head of TMT audit at KPMG China, said in a report.

"The caution is centered heavily on certain sectors," Lu said. "Others — like healthtech, hardware, and consumer market solutions are still attracting quite significant levels of VC investment in China."

Case in point: The busiest investor in the third quarter was Sequoia Capital China, with 1.5 deals a day, including some of the largest investments in chips, health care and industrial software, according to CB Insights.

In March, China launched its development plan for the next five years and beyond. Beijing is particularly focused on building its own semiconductors, where the U.S. has restricted China's access to critical American technology.

That's spurred a rush of investment into China's semiconductor industry in ways similar to that of the internet about two decades ago, Eric Xin, senior managing director at Citic Capital, said on Oct. 13 at an AVCJ forum in Beijing. "If you have a war mindset, you will do things a lot faster than normal."

There are concerning signs other than regulation. An increasing number of funds are just focused on single projects, Zhengdong Ni, founder of Chinese private equity and venture capital data firm Zero2IPO Group, said at a forum last week.

He added that about 60% of the money raised by venture capital firms and other funds were in funds smaller than 100 million yuan. That's a tiny $15.6 million in an industry that has raised 1.27 trillion yuan for the first three quarters of the year, according to Ni.

A look at recent history reminds that China is an economy where the sheer scale of the market has attracted much capital — which hasn't necessarily been used efficiently.

Fund managers in China could have done a better job distributing capital to their investors, Bao said. "There's a lot of money that's been invested, very little returned."

In the decade through 2014, the year SoftBank-backed Alibaba went public, losses mounted despite an increase in investment, Siguler Guff analysts said in a report then.

"Generally speaking, the more PE capital invested in a given year, the lower the returns," they said. An update was not available as of this article's publication.

That investment capital has come under greater scrutiny. In the fallout this summer for after-school tutoring companies and real estate developers, critics in China have blamed previously loose regulation for allowing those companies to attract more than they might have been worth, especially overseas.

Investors in China are "constantly bombarded by information by someone who was early, bought into Alibaba, Tencent," Rayliant's Hsu said. "The amount of bad information that dominates investor mindshare does make it specifically difficult for the managers to provide useful information. Because not only are you trying to educate, but fight other narratives."

Alibaba, the poster child for China's internet technology boom, set the world record for IPOs in 2014. Its shares still trade about 150% above the offering price. But the stock has fallen more than 40% in the last 12 months as Jack Ma's e-commerce giant was the first of the internet technology giants to fall into Beijing's crosshairs.