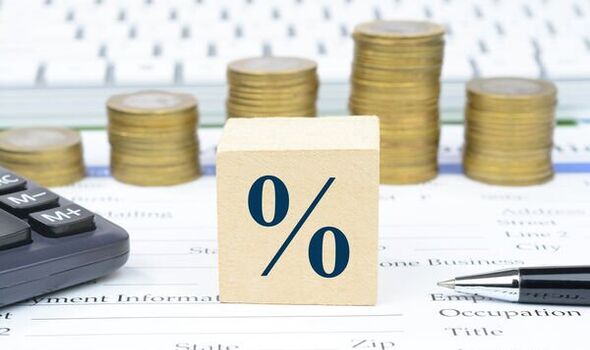 The Bank’s policymakers are predicted to increase rates from 0.75 percent to one percent on Thursday – a level not seen since early 2009.

If the base bank rate is passed on to mortgage payers, two million of them could face an average rise of £1,000 a year in higher payments.

An increase to one per cent would increase mortgage payments by £99 per month – £1,188 per annum a 75 per cent loan to value mortgage on the average UK property costing £270,708, according to credit specialists TotallyMoney.

With 850,000 properties on tracker mortgages and 1.1m on Standard Variable Rates, one in four UK households are already exposed to changes in the Bank of England’s base rate.

Additionally, people looking to secure new deals will find that the number of options are reducing while those products still available are getting more expensive.

Members of the central bank’s Monetary Policy Committee (MPC) have already raised rates at each of its past three meetings to try to rein in inflation, which hit a 30-year high of seven per cent in March.

The cost crunch is expected to tighten its grip later this year when the energy price cap is revised once again, with warnings inflation could peak at nine per cent or even double digits in the autumn.

Investec economists said: “The UK is in the grip of the cost-of-living crisis. Coupled with tax rises, this leaves a rocky road ahead.”

They expect that a recession will be avoided, thanks in large part to the savings built up by households in the pandemic, but said slowing growth and soaring inflation “leaves the MPC in a bind”.

Investec is pencilling in another rate hike in August to 1.25 percent.

Alastair Douglas, chief executive of TotallyMoney, said: “As the Bank of England increases the base rate to ease inflationary pressures, the two million homes on variable-rate and tracker mortgages will see their household finances squeezed even more.”

“And the situation isn’t going to get much better for those nearing the end of their current deals.”

“Customers feeling the squeeze from the increased cost of living should consider cutting back on using expensive credit lines such as overdrafts, and move interest-bearing credit card balances to a 0 percent offer.”

“By reducing the interest being paid, customers can repay their debts quicker, or use the money saved to cover other costs.”

Mortgage giant Halifax has apologised after sending emails in error to customers, wrongly telling them that the Bank of England base rate had changed.

The emails, which said “the Bank of England base rate has changed today”, were sent out ahead of the Bank’s next interest rate decision on Thursday this week.

Customers of Halifax and Lloyds Bank, which is in the same banking group, were affected by the blunder.