India’s economic growth is now ‘extremely fragile’ and needs all the support that it can get, as private consumption and capital investment are yet to pick up, RBI Monetary Policy Committee (MPC) member Jayanth R Varma said on Friday. 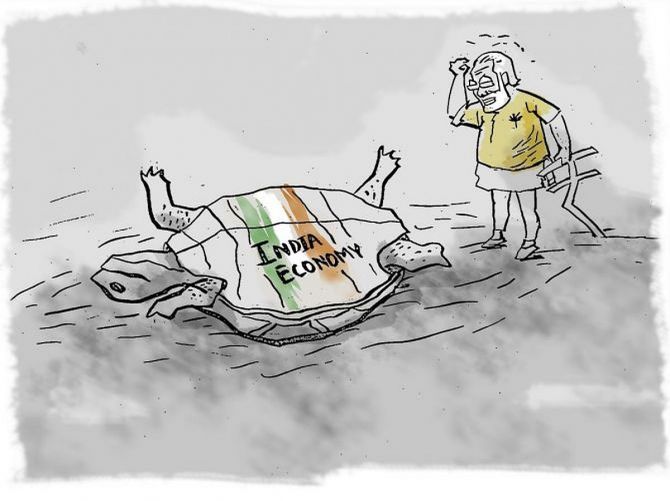 Varma further said out of the four engines of growth for the economy, exports and government spending supported the Indian economy through the pandemic, but other engines need to pick up the baton now.

” I like to think in terms of the four engines of growth for the economy: exports, government spending, capital investment and private consumption.

“…while exports cannot be the main driver of growth because of the global slowdown, government spending is necessarily limited by fiscal constraints,” he told PTI.

Observing that experts are waiting for many years for private investment to pick up the slack, Varma said that concerns about future growth prospects appear to be deterring capital investment.

“The critical question is whether the fourth engine of private consumption will remain buoyant after the pent-up demand dissipates over the coming months.

“I, therefore, fear that economic growth is now extremely fragile and needs all the support that it can get,” he said.

Earlier this month, the RBI revised its growth estimate for FY23 to 6.8 per cent from the earlier 7 per cent, while the World Bank revised upwards its GDP growth forecast to 6.9 per cent, saying the economy was showing higher resilience to global shocks.

Varma, a professor at the Indian Institute of Management (Ahmedabad), however, asserted that India does not face a threat of recession unlike many other countries of the world.

“In fact, the Indian economy is faring better than most other large economies in the world today,” he said, adding that the problem is that India’s aspiration level is also higher, particularly after two lost years due to the pandemic.

Varma pointed out that  India is enjoying the benefits of a demographic dividend, and it, therefore, needs high growth to provide employment opportunities for the young people joining the workforce.

Replying to a question on inflation, Varma said his personal view is that one of the reasons the RBI failed to contain inflation within its tolerance band for 10 months, was because the MPC consciously prioritised economic recovery over inflation during the pandemic.

“Given its dual mandate to maintain price stability while keeping in mind the objective of growth, I think this was the correct response to a once in a century pandemic,” he opined.

According to Varma, by mid-2021, the COVID-19  pandemic had ceased to be an economic catastrophe while remaining a health tragedy, and this was the right time to begin the normalization of monetary policy.

“Second, in my view, we persisted in this longer than we should have…

“Given that monetary policy acts with lags, much of what we are seeing in 2022 is the result of the inaction during that period,” he emphasised.

Varma, however, added that even this delay by itself would not have been sufficient to cause the inflationary episode of this year.

The Reserve Bank this month expectedly raised the benchmark lending rate by 35 basis points (bps) – the fifth increase since May.

Prior to the December hike in repo rate, the RBI had raised the key short-term lending rate by 190 bps in four tranches.

The third critical reason, he said, was that the supply disruptions from the Ukraine war created an unexpected inflationary shock, and this shock hit India before the MPC had normalized the monetary policy.

The inflation print for November has come under 6 per cent, within the tolerance band for the first time after 10 months.

The RBI had earlier written a letter to the government outlining reasons for missing the 6 per cent inflation target for three straight quarters.

The central bank has been tasked by the government to ensure that retail inflation remains within the range of 2-6 per cent.

Asked whether India can tame it’s widening trade deficit, Varma said the monetary tightening that has been undertaken to bring down inflation will have the effect of depressing demand and will indirectly curb imports.

Noting that  the depreciation of the currency this year will also tend to reduce the current account deficit with a lag, he said, “finally, the level of this deficit is within manageable limits, and I do not see it as a cause for worry.”

India’s exports recorded a flat growth of 0.59 per cent to $31.99 billion in November, even as trade deficit widened to $23.89 billion during the month.

Varma said it is well understood that there are lags in the transmission of global energy prices to domestic prices in both directions, but monetary policy looks 3-4 quarters ahead.

“Over this time frame, I do expect significant pass through of global crude prices to retail prices,” he said.