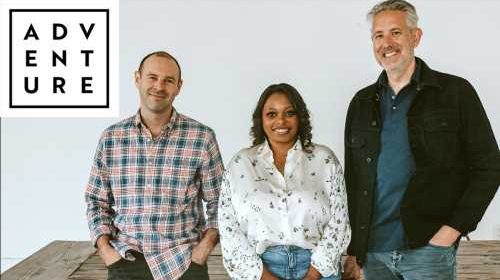 Von Goetz, Robins Early and Williams bring different experience to the partnership. Von Goetz is transitioning to management after becoming one of the business’ top TV lit agents during 25-year career at ICM Partners. During his 12-year tenure at ICM, Robins Early worked in feature film in addition to scripted TV, while Williams is a Peabody-nominated TV and film producer who most recently has been under a first-look deat at CBS Studios for her company Just A Rebel. The trio knew each other from ICM where Von Goetz and Robins Early worked and Williams was a client.

Adventure is starting with an extensive roster of talent — including most of Von Goetz’s longtime clients — and multiple client Emmy nominations, including two for Best Series: Abbott Elementary, executive produced and showrun by Adventure-repped Justin Halpern and Patrick Schumacker through their company Delicious Non-Sequitur Productions; and Better Call Saul, executive produced and directed by Thomas Schnauz, also nominated for episodic writing.

“With the launch of Adventure Media, we are committed to providing a collaborative and creative environment for artists in the constantly evolving entertainment landscape,” von Goetz and Robins Early said. “We look forward to joining forces with Aaliyah who shares our vision for strategic career building and working alongside our clients to achieve their goals.”

In addition to elevating established creators, Adventure will be focused on developing new voices, including those from underrepresented backgrounds.

“Advocacy for exceptional artists, especially women and artists of color, has been the core of my career,” Williams said. “I am tremendously excited to continue my commitment to cultivating opportunities for culturally invigorating talent and making Adventure a home where creativity thrives.”

Von Goetz and Robins Early were part of the last group of ICM Partners agents who left on the eve of the agency’s acquisition by CAA.

Canadian born Robins Early started his 12-year tenure at ICM Partners in scripted television, before moving into feature film and eventually serving clients in both mediums. He began his career working in financial tech in New York before graduating from London School of Economics, then moving to Los Angeles in 2009 after being awarded the Roger Silverstone Fellowship for Global Media at USC.

At ICM Partners, Von Goetz was a founding partner and served on the board of directors where he was instrumental in leading the management buyout in 2012. He guided the careers of a slew of creators and showrunners and packaged hit series such as The Handmaid’s Tale and Abbott Elementary.

Williams’ producing credits include Gentrified and Really Love. She has several series in development under the first-look deal at CBS Studios through her company Just A Rebel, along with a slate of features, including The Last Class with Marsai Martin’s Genius Entertainment. A Harvard graduate and a 2023 UCLA School of Law MLS candidate, Williams is an active alum of Film Independent’s Project: Involve, Sundance, and the Ron Brown Scholar Program.