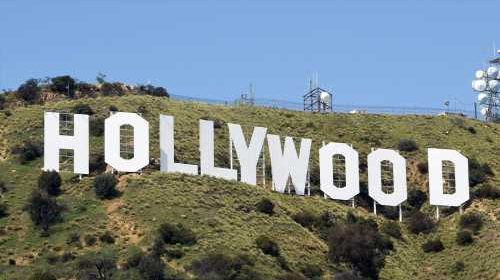 EXCLUSIVE: With Hollywood on edge and picket signs at the ready, IATSE and the AMPTP have reached an agreement on a new film and TV contract, averting a threatened nationwide strike.

The new three-year contract, which must now be ratified by the union’s members, comes just hours before the deadline – midnight Sunday – imposed by IATSE president Matthew Loeb. The union and the Carol Lombardini-led AMPTP are expected to make the agreement public very shortly.

“It took a lot to get here, but this is a good deal, a fair deal for everyone concerned,” an individual close to the sometimes strained negotiations told Deadline once all the final contract language was agreed on Saturday. “Time to break out the cigars,” the individual added

More details are to come, but deal points include 10-hour turnaround times between shifts, increased funding of the health and pension plans and a 3% rate increase every year for the duration of the yett-to-be approved contract, among other changes. The AMPTP had wanted to settle the rate increase at around 3% for the first year and then shift it down to 2.5% or even less for the subsequent two years of the contract.

With many of the larger issues resolved late this week, today’s talks saw IATSE and the AMPTP going over several smaller-but-vital matters, we hear. Once that was settled, the administrative component had to be dealt with, as the deal was actually typed up for all to look over one final time.

Though the tentative deal was reached before the deadline this weekend, and things actually really started coming together midday Friday, the situation remained in a state of flux almost right up to the final hours. Union officials were cautioning members about getting too optimistic. “Even though we are still at the bargaining table trying to get an agreement, at the time of this writing, there are no plans to call off the strike,” said an email that went out to members of Local 80 late on October 15.updating them on talks and preparations for the 12:01 AM October 18 set labor action.

The hard-fought agreement came after two final weeks of intense bargaining, as members prepared to shut the industry down if they had to. The two sides had been talking, on and off, since mid-May. But the discussions became much more urgent two weeks ago, when the members voted overwhelmingly to authorize Loeb to call a strike if these last-ditch efforts failed to produce an acceptable deal.

On Wednesday, the union boss declared that the studios, networks, and streamers still weren’t taking the union’s demands seriously enough, saying that “the pace of bargaining doesn’t reflect any sense of urgency.”

The AMPTP, however, said all along that it remained “committed to making a deal.”

To that end, not long after the 98% strike authorization vote result was announced on October 4, industry elders super lawyer Ken Ziffren, Disney TV boss Peter Rice and DGA executive national director Jay Roth  joined the talks. The power trio offered their consul to both sides in an effort to cool the increasingly heated temperature in the virtual negotiations, with phone calls and Zoom chats flying at a furious pace over the past 72 hours.

The union’s chief goals were livable wages for the lowest paid crafts; more turnaround time between workdays; actual meal breaks; a rescue of the union’s ailing pension and health plan, and a bigger share of the revenue from streaming shows.

If the red line had been crossed in the early hours of Monday, a national strike would have the first in the 60,000 member strong IATSE’s 128-year history.

Now, Hollywood will be heading back to work on Monday. Also, union members will be heading to the ballot box in the next few days to give or refuse their stamp of approval to today’s deal.