Here's why a jump in capital gains taxes doesn't spell the end for stock market gains, according to the world's largest wealth manager 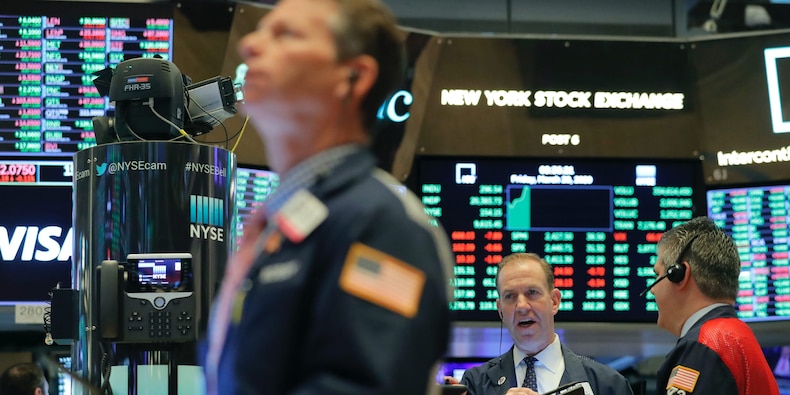 Stocks can still thrive even if the US raises the capital gains tax, according to UBS Global Wealth Management.

A report by Bloomberg on Thursday saying President Joe Biden is considering proposing a near doubling in the capital gains tax rate ignited a selloff on stocks, knocking the Dow Jones Industrial Average down by about 320 points.

Biden is reportedly seeking a capital gains tax rate of 39.6% for Americans who earn more than $1 million. That rate would be added to the 3.8% tax on net investment income that's tied to Obamacare, which would bring the proposed tax rate to 43.4%. The current capital gains tax now stands at 20%.

If it transpires, the proposal "breaks new ground" in terms of taxation of investment income, which tends to be treated more favorably than ordinary income, said UBS in a Friday note. It said its base case foresees a capital gains tax rate of 28% following negotiations with Congress.

"While we can't rule out some additional modest equity market volatility as investors react to this proposal, we think it will be very short-lived," said Mark Haefele, chief investment officer at UBS Global Wealth Management, in the research note.

He said the last time capital gains taxes went up was in 2013 when they rose by nearly 9 percentage points.

"Yet stocks rose 30% that year. In addition, we find no correlation between capital gains tax rates and equity market valuations," said Haefele.

The capital gains tax on top earners was raised to 20% from 15% but including the Obamacare sur-tax, the rate went up to 23.8%.

Haefele said price-to-earnings multiples have been as low as 10 times when the capital gains tax rate was 20%, and as high as 18 times when it was 35%. "Ultimately, other factors such as the outlook for economic growth, monetary policy, and interest rates are much more powerful drivers of equity market returns and valuations."

There are still questions about the potentially higher tax, including if it's retroactive or if it would start early in 2022, Ryan Detrick, chief market strategist at LPL Financial, said in a Friday note.

"If it is in 2022, people have some massive gains they might want to book now instead of later," he said, adding that the rate doesn't appear headed to 39.6% "as the Democrats are likely starting high and there will be some back and forth as the sausage is made."

"But could it be as simple as those times weren't the best for the economy, while in 1987 and 2013 the economy was healthy?" For now, we'd side with an improving economy and accommodative Fed will take the higher coming taxes in stride," said Detrick.

UBS' Hafele said many families will not be subject to the proposed higher levy. He also said deferral ofcapital gains taxes to years where taxable income is below the proposed $1 million threshold could allow subjected taxpayers to continue paying the current long-term capital gains tax rate of 23.8%.