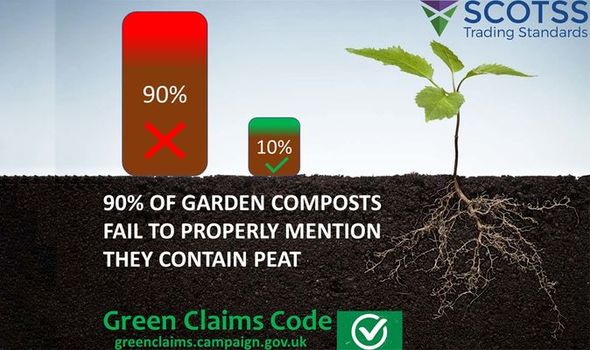 Environmentally unfriendly garden compost containing it breaches the UK Green Claims Code and Trading Standards officials in Scotland (SCOTTS) are rooting it out. A national project they have just undertaken looked at the peat content of garden compost following increasing environmental concerns and the introduction of new Competition and Markets Authority (CMA) Green Claims code guidance on misleading eco claims.

Peat can be legally incorporated into garden compost, but its use will be banned from 2024.

The UK’s peatlands store three times as much carbon as its forests and in Scotland they form more than 20 percent of total land cover, actively removing and storing carbon from the atmosphere as well as supporting the natural environment more generally.

The SCOTSS project was influenced by recent Royal Horticultural Society (RHS) research which found that “more than half of gardeners admit to not knowing what is in their shop-bought potting compost”. RHS advice is “if the bag doesn’t say peat-free then it most likely isn’t”.

Graeme Paton, SCOTSS chair, explains: “Last month Trading Standards Officers visited retailers across Scotland and examined over 300 bags of compost on sale, some containing as much as 90 percent peat.

“Officers found that 90 percent of the garden compost containing peat did not mention this fact prominently on the product. Peatlands are a powerful natural means of extracting and storing carbon from the environment.

“Their destruction to use the peat in compost therefore has an adverse impact on our environment, hence the impending ban from 2024.

“To make an informed choice, consumers need to know to what degree, if any, peat is an ingredient of compost before they choose to buy a product. In the case of most garden compost containing peat sold in Scotland this does not appear to be the case.”

“Officers in Scotland have done excellent work at a time when government and citizens are seeing environmental issues as their number one priority.

“Consumers have the right to know important information about products before they buy them and failing to highlight the presence of peat on the front of a bag of compost means they are being misled and might make a different decision if it was correctly marked.

“The onus is on businesses to ensure their labelling is clear as to what is in these products. Only then can consumers make informed choices.”