Fed chief: The economy is about to grow more quickly

New York (CNN Business)President Joe Biden has a lot on his plate right now. But he’ll soon need to make an important decision about the future of the Federal Reserve — a choice that will help shape his administration’s economic policy in the coming years.

Current Fed chair Jerome Powell’s four-year term as the head of the central bank ends in February 2022.
It should seemingly be an easy decision for Biden to renominate Powell. But there’s also a case to be made for Biden to follow the lead of his immediate predecessor and go with his own man or woman for Fed chair.

On the “keep Powell” side, the central bank chief has won praise from Wall Street and economists for how the Fed quickly launched new lending programs and bond purchases last year to help prevent the economy from plunging into an even deeper recession due to Covid-19.

And there’s precedent for Biden to stick with Powell so he can continue to manage the central bank’s response to this economic crisis: After all, Biden’s former boss, President Barack Obama, did exactly that when he re-nominated Ben Bernanke for a second term as Fed chair during the aftermath of the Great Recession. 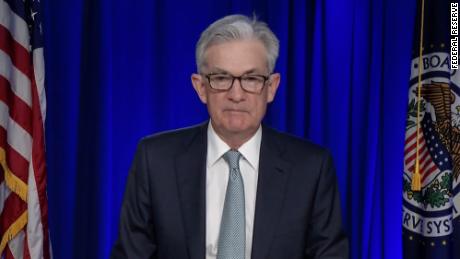 Powell: We want to see ‘substantial progress’ in the labor market

“I’m not sure Biden wants to change horses midstream. There is a nasty history of new Fed chairs getting tested early in their first term and I don’t think Biden wants to court that,” said Steve Sosnick, chief strategist with Interactive Brokers. “I also don’t think Biden is unhappy with Powell. You can’t argue with what Powell has done for the economy overall, not just the stock market.”
Still, it’s possible Biden will choose to put his own stamp on the Fed. President Donald Trump chose not to renominate Bernanke’s successor, Janet Yellen, instead going with Powell. (Yellen is now Biden’s Treasury secretary.)
If Biden does want to make a change, he has plenty of options.

A new Fed chair could further increase diversity in DC

Wall Street would probably be on board with current Fed governor Lael Brainard, former Fed vice chair and current TIAA CEO Roger Ferguson or Atlanta Fed chief Raphael Bostic — all of whom had been rumored as potential picks for Treasury secretary.
And each one of them could make history if Biden tapped them to lead the Fed.
Brainard would be only the second woman (after Yellen) to be Fed chair and the nomination would send a strong message if Biden chose to have women in two of Washington’s most powerful economic roles. And either Ferguson, who is set to soon retire from TIAA, or Bostic, would be the first Black chair in the Fed’s more than 100-year history.
Sosnick told CNN Business that there is “no need for change for change’s sake” at the Fed. Many other market observers believe that Powell will get a second term — provided he wants it.
But if not, investors would likely be comfortable with Brainard, Ferguson or Bostic. Strategists say none of them would be likely to change Powell’s policies that dramatically and each would likely urge the Fed to keep interest rates near zero for the foreseeable future. 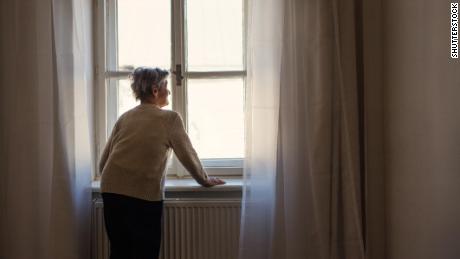 Certainly none of the trio is poised to be the second coming of the late Paul Volcker, the inflation-fighting Fed chair from the 1980s (and predecessor to Alan Greenspan) who raised rates numerous times during his tenure.
“There is nobody that Biden would pick who would operate the Fed much differently than Powell,” said Tom Graff, head of fixed income at Brown Advisory.
And if the economy continues to recover, then it’s only logical for Powell to get one more term as Fed chair.
“The pandemic has altered the calculus. As long as the Fed continues to support Biden’s economic policies with low interest rates and higher asset purchases, Biden will be comfortable with Powell at the Fed,” said Michael Arone, chief investment strategist at State Street Global Advisors.

‘Path of least resistance’ for economy and market

Arone added that replacing Powell makes sense only if the economy drastically starts to cool off, which could make Wall Street more receptive to a new Fed chair.
“Biden has to think about how disruptive a change would be to the markets and economy” Arone said. “Powell is the path of least resistance.”
But if the recovery stalls out, “Powell could be the scapegoat and it would be an easy change to name Brainard or Ferguson, which would also fit into the broader Biden diversity agenda,” Arone said.
The clock on Biden’s Fed decision is starting to tick. For context, President Obama announced in August of his first term that he would renominate Bernanke. President Trump nominated Powell in November 2017. So Biden will have to make a choice in the coming months.
The White House had no comment for CNN when asked about whether Biden has made any decision regarding Powell.

Powell has also repeatedly declined to discuss his future when asked about it, and he is likely to do so again when he holds a press conference later Wednesday to discuss monetary policy.
Even if Powell sticks around, experts say Brainard, Ferguson or Bostic may not be warming the bench for long. If Biden is re-elected in 2024 (or if Vice President Kamala Harris runs and wins) any of the three still make sense as a Fed chair to replace Powell in 2026.
Source: Read Full Article