Tokyo / Hong Kong / New York (CNN Business)Carlos Ghosn has arrived in Lebanon after fleeing Japan, where he faced charges of financial wrongdoing, in a dramatic escape from what the former auto industry boss called a “rigged” justice system.

The sudden flight under mysterious circumstances is the latest twist in a legal saga that has resulted in Ghosn’s ouster as chairman of Nissan and Mitsubishi Motors, and his resignation as chairman and CEO of alliance partner Renault.
Ghosn confirmed in a statement Tuesday that he had arrived in Lebanon, saying that he would “no longer be held hostage by a rigged Japanese justice system where guilt is presumed, discrimination is rampant, and basic human rights are denied.”

It’s not clear how Ghosn — who is a citizen of France, Brazil and Lebanon — was able to leave Japan before his trial took place. Ghosn’s lawyer Junichiro Hironaka told reporters Tuesday that the departure of his client, who faced a lengthy potential prison sentence, was a “complete surprise.”

“We are puzzled and shocked,” he said in front of TV cameras gathered outside his office in Tokyo. Hironaka added that Ghosn’s attorneys hold his passports, and that the former auto executive “could not possibly use them.”

The Wall Street Journal quoted an anonymous source as saying that Ghosn was “tired of being an industrial political hostage.” The newspaper also said that Ghosn arrived in Lebanon via Turkey. 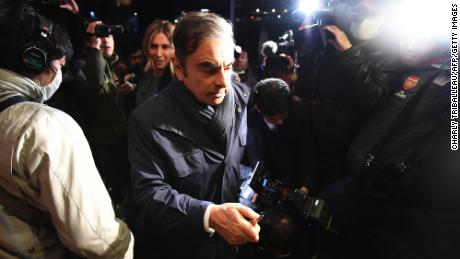 Ghosn faces a litany of criminal charges in Japan, including allegations that he understated his income for years and funneled $5 million of Nissan’s money to a car dealership he controlled. He has repeatedly denied the charges and has claimed that his ouster and arrest were part of a plot to remove him from the global carmaking alliance he built.
He said in the statement Tuesday that he has “not fled justice — I have escaped injustice and political persecution.” The media savvy executive said he also looked forward to communicating “freely” with journalists starting next week. 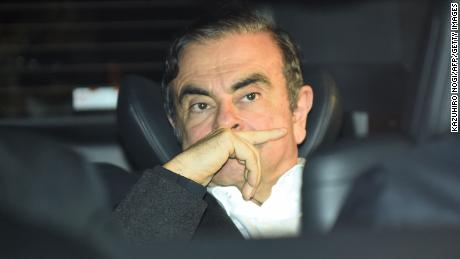 The French government is also “very surprised” that Ghosn left Japan, French Secretary of State for Economy and Finance Agnès Pannier-Runacher told France Inter radio. Ghosn is “not above the law,” she said, adding that “if a foreign citizen fled French justice we would be really angry.”

Ghosn was initially detained in November 2018 and spent 108 days in a Tokyo jail before being released on bail in March. He was arrested for a second time in April but was again granted bail. Prosecutors tried to reverse that decision, but their appeal was rejected by a court.
As a condition of his bail, Ghosn was required to stay in Japan. His wife Carole Ghosn — who has traveled the world appealing to political leaders on behalf of her husband — has also said they were prohibited from talking to each other.
“To say that my husband’s bail conditions are ‘cruel and unusual’ would be an understatement,” she said in August. Legal experts say more than 99% of people charged with a crime in Japan are eventually found guilty.
Ghosn did not explain in his statement how he was able to reach Lebanon. Japan’s justice ministry, the Tokyo prosecutor’s office and the city’s district court did not respond to requests for comment. Japan’s government is closed this week for the New Year holiday. 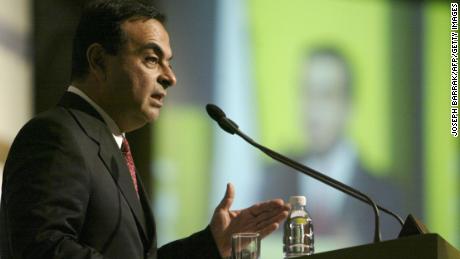 Ghosn was born in Brazil, but he grew up in Lebanon’s capital, Beirut. In recent years he had become a highly respected celebrity in Lebanon, and even began investing in business there. In 2017, the government issued a postal stamp featuring Ghosn.
After Ghosn’s arrest last year, Lebanon’s foreign ministry said that he represented “one of Lebanon’s success stories abroad.”
“The Lebanese foreign ministry will stand by his side in this ordeal to ensure that he receives a fair trial,” the ministry said at the time.
Ghosn may be welcomed home by some in Beirut, even as a fugitive. Ghosn entered Lebanon legally and no action will be taken against him, the country’s Security Directorate said Tuesday in a statement carried by the national news agency.

Ghosn is a legendary force in the auto industry. He lead successful turnarounds at Renault (RNLSY) and Nissan (NSANF), and was the architect of their alliance with Mitsubishi Motors. Together, the companies produced one out of every nine cars sold worldwide as of last year.
Cracks began appearing in that alliance after Ghosn’s arrest in November 2018. While he was immediately stripped of his chairmanship at Nissan and Mitsubishi, Renault resisted calls to follow suit, saying it didn’t have enough information. By January, though, the French government had abandoned its support for Ghosn, and he soon resigned from his role at Renault.
Ghosn claimed that his downfall was brought about by Nissan executives who opposed his plans to deepen the Japanese company’s integration with Renault. Analysts have repeatedly speculated that Nissan executives were uncomfortable about the possibility of Renault and Ghosn seeking full control of the Japanese company.
Nissan has given a different version of events, saying that it began cooperating with Japanese prosecutors after a whistleblower helped it uncover serious financial misconduct by Ghosn.

Both companies have stumbled following Ghosn’s departure. Nissan CEO Hiroto Saikawa resigned after admitting that he and other executives were overpaid as part of a stock plan.