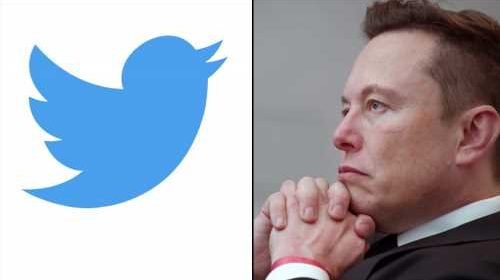 Elon Musk has unveiled a group of investors that together will provide about $7.14 billion in financing commitments for his pending $44-billion acquisition of Twitter, and said he’s talking to Twitter founder Jack Dorsey about sticking around as part owner.

See table below for the institutions (from Sequoia Capital to Qatar Holding to (Oracle founder’s) Lawrence J. Ellison Revocable Trust and their contributions, which will come “at or immediately prior to the closing of the merger,” Musk said Wednesday in an SEC filing.

Musk’s talks with Dorsey and some other Twitter stockholders are ongoing about the possibility of their contributing shares of common stock to retain an equity investment following the merger, which will take the company private. At least one, Prince Alwaleed Bin Talal Bin Abdulaziz Alsaud, has committed to contribute his circa 35 million Twitter shares (at $54.20 a share) to retain an equity investment.

The investors – 18 in all — have shifted a bit the complexion of Musk’s original financing, which included a debt commitment letter from Morgan Stanley and other senior institutions for an aggregate amount of $12.5 billion in margin loans. That commitment has now been reduced to $6.25 billion, the filing said.

The billionaire Tesla founder had initially raised $21 billion himself to help finance his bid. Musk owns more than 73 million shares, or about a 9.3% stake. Twitter’s board agreed last month to accept his offer to buy the social media platform. The deal is expected to close this year.