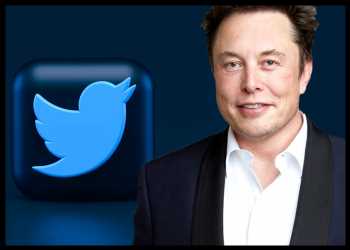 In the latest developments at Elon Musk’s Twitter Inc., the relaunch of Blue Verified has been held off, and job cuts are being extended to include some employees in sales.

In a tweet on Monday, Musk said, “Holding off relaunch of Blue Verified until there is high confidence of stopping impersonation. Will probably use different color check for organizations than individuals.”

Last week, he had said that the Twitter Blue upgraded subscription service would be relaunched on November 29.

Twitter has its own verification process, and currently verifies notable accounts and adds a blue tick mark next to a username. The system was reserved for people like celebrities, politicians and journalists, whose identities were targets for impersonation.

Musk has criticized Twitter’s original verification system saying that the blue tick given to important users is likely to be impersonated by bad actors. Since reaching acquisition agreement in April, he had conveyed many times that he wanted to revamp how Twitter verifies accounts and handles bots.

Recently, Musk said that Twitter is revising its user verification process, and that it will charge $8 per month for a blue tick verification.

In early November, the microblogging and social networking service had launched Grey Tick for certain influential accounts, but deleted it later.

Further, reports said, citing people familiar with the matter, that the social media platform has laid off certain sales employees even after signing on to Musk’s vision for the company. The affected employees were notified in an email that said the person’s role was no longer necessary.

After taking Twitter private in a $44 billion acquisition in October, Musk had fired CEO Parag Agrawal and CFO Ned Segal, along with certain other key executives, and also cut nearly half of its employees and many of its contractors. At the beginning of 2022, Twitter had around 7,500 employees.

Musk, in his first meeting with Twitter staff following the acquisition, warned remaining employees that the economic picture ahead is dire, and urged them to work harder, and to be physically present at the office 40 hours a week, a complete shift from the pandemic-era work from home schedule.

He had also warned then that the social media network could file for bankruptcy next year.

Following the resignation of the company’s top privacy and compliance officers, the U.S. Federal Trade Commission said its watching Twitter with deep concern.