Domino’s Pizza has announced it is planning to hire 8,000 drivers in the run-up to Christmas – but acknowledged that employers are finding hiring tough.

The fast food chain is the latest big name to reveal it is looking to take on more workers for the festive season – following the likes of Tesco, Royal Mail, and Amazon – at a time when job vacancies across the UK are at a record high.

It disclosed the plans as it revealed latest quarterly results, showing an 8.8% increase in like-for-like sales to £375.8m for the 13 weeks to 26 September. 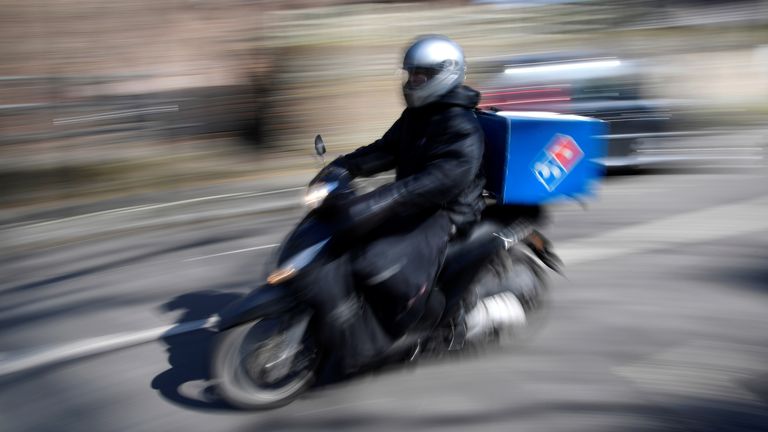 Domino’s said that translated into seven pizzas a second being sold during the quarter, with online orders peaking at 13 per second – a total of half a million – on 3 July as England took on Ukraine in the Euros football tournament.

Chief executive Dominic Paul said that the business had delivered “outstanding results, despite the well-publicised inflationary pressures and challenging labour market” – and said these challenges look set to extend into 2022.

Nicola Frampton, operations director for the group, said: “While 2021 has been a busy year for us so far, we still have our busiest period just around the corner.

“Our delivery drivers are vital to the service we provide our customers and the success of our business, so we’re really keen to hear from those wanting to join the Domino’s team.”

Most of the 8,000 driver jobs being recruited for in the UK and Ireland ahead of Christmas are expected to become permanent.

Domino’s was unable to comment on whether higher pay would be offered to try to make sure it hired the workers it needed, as it operates a franchise model where different rates are set in different locations.

The plans follow the announcement by Tesco that it is looking for 30,000 temporary workers, while Royal Mail is seeking more than 20,000.

The recruitment difficulties facing employers were underlined earlier this week when official figures showed the number of vacancies across the economy climbed to a record 1.1 million over the three months to September.