Dogecoin spikes 300% in ONE week – why is cryptocurrency Dogecoin rallying?

Dogecoin – cryptocurrency which gets its name and iconic dog image from an internet meme – has seen prices spike significantly over the past few days. In the past week alone Dogecoin (DOGE) as spiked by 300 percent, and now sits a far cry from the $0.0015 it was worth when first introduced on Reddit two years ago.

Despite the cryptocurrency’s association with meme culture, and initial beginnings as a joke, staunch followers have continued to use DOGE, which competes with the likes of Bitcoin and Ripple.

DOGE was first created by Jackson Palmer and Billy Markus as a satirical take on the growth of altcoins by making the doge internet meme featuring a Shiba Inu into cryptocurrency.

The market cap sits at a staggering $47.42 billion (£34.30) with prices increasing since Tuesday. 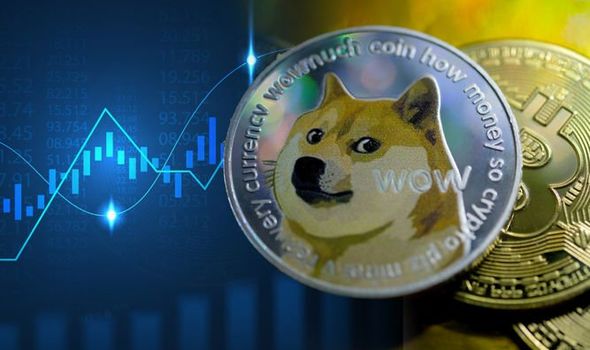 Why is cryptocurrency Dogecoin rallying?

DOGE was previously recorded as spiking earlier this year, hitting a peak on February 7, when Dogecoin was trading for $0.085 (6.1p) per coin.

DOGE has seen famous faces like SpaceX founder Elon Musk and rapper Snoop Dogg give their support, which has pushed the price of the cryptocurrency up. 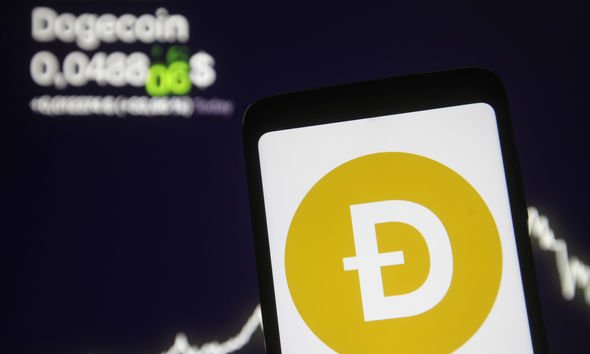 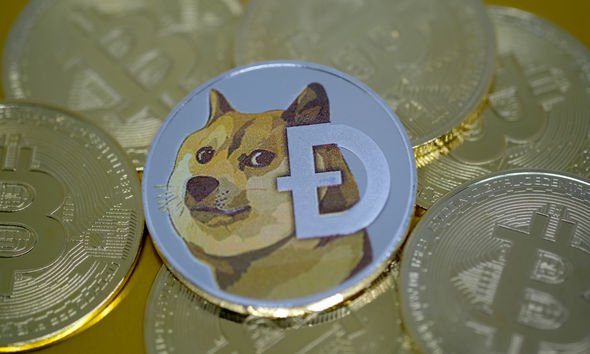 However, another reason behind the sudden run could be the fact cryptocurrency company Coinbase is due to go public in just a few days.

This has seen other cryptos like Bitcoin and Ether soar in recent days.

Loyal DOGE followers have taken to Twitter in their droves to show their support for the growth in Dogecoin, with social media another catalyst for the increasing prices.

One Twitter thread which was titled “Dogecoin is the next GME/Bitcoin” (GME is GameStop), said getting Dogecoin to $1 a coin would be “an incredible achievement”.

DON’T MISS
Dogecoin price prediction: Will DOGE hit $1 this year? [EXPLAINED]
Dogecoin price today: What is the value of dogecoin? [ANALYSIS]
Can you buy dogecoin on Coinbase? [INSIGHT]

The thread added it would “completely change the crypto market… Dogecoin to the moon.”

Many have set a target to push Dogecoin to reach $1 in the coming days, urging others to invest.

And Twitter users have said they are eagerly watching the price of DOGE, with some regretting selling their coins early.

One tweeted: “Me checking the Dogecoin price every second and seeing how much money I lost out on by selling it a day early is like stalking an ex girlfriends social media and seeing them dating @TheRock.” 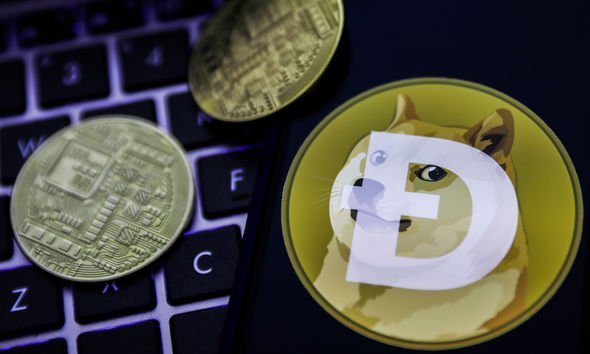 Will DOGE continue to rise?

The possibility of DOGE continuing to soar depends on the market and continued interest.

Founder Billy Markus told Newsweek of DOGE’s capability to reach $1: “It’s an open market, so the current value is simply decided by whatever someone is willing to pay for it at a specific point in time.”

“If the world collectively decides they are willing to purchase it for a dollar, then it’s worth a dollar.

“In the world of cryptocurrency valuations, I would say, historically the question is less about ‘why?’ and more about ‘why not?'”

Musk is still throwing his weight behind DOGE, sharing a meme on Thursday and writing: “Doge Barking at the Moon”

And with loyal followers pushing DOGE on social media, we could see prices rally yet further.

However, DOGE could follow the patterns of February and take a dip in just a few days – fans and buyers will have to wait and see.