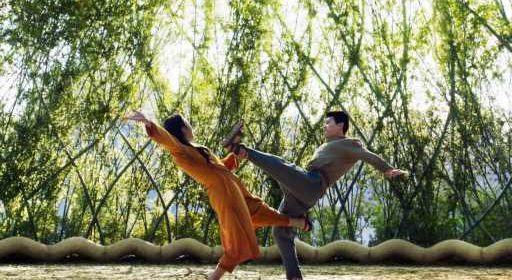 Disney shares are down 8% in heavy trading, extending a selloff that started yesterday after the media conglom posted weaker than expected earnings and streaming data for the September quarter.

The dip in the shares, changing hands at about $161, is weighing on the broader market. Disney is one of only 30 highly selective, heavyweight stocks included in the Dow Jones Industrial Average so a big move like today’s has an impact, pulling the index lower. (The DJIA is off 80 points or 0.22%. The broader Nasdaq, S&P 500 and Russell 2000 are all in positive territory.)

Disney+ growth slowed for the fiscal fourth quarter, adding 2.1 million subscribers to hit 118.1 million. That’s 10M less than it added in the prior quarter. On a call with analysts and an appearance on CNBC, CEO Bob Chapek said the streamer is still on track to meet its longer-term 2024 FY targets in large part as it pushes into new markets (it plans to double the international territories it’s in by fiscal 2023) and continuing to roll out fresh content based on Disney franchises.

Disney+ is gearing up for a major drop on Friday — the two-year anniversary of its launch — with new details and a first look at art and trailers for upcoming content. Shang-Chi and Jungle Cruise will be available to stream tomorrow and Disney is offering subscribers one month of the service for $2.

“We wonder if Disney+ is too narrow a product and requires much greater investment in non-Disney content to widen out the product’s appeal,” said MoffettNathanson analysts.

Wall Streeters and industry players have consistently praised Disney’s track record in successfully growing Disney+ from zero to 118 million, the question is what’s next.

“The admission that Disney+ growth will re-accelerate when content spending re-accelerates is
consistent with the recent experience at Netflix, where the growth slumber created by the
pandemic’s pull-forward of subscribers was finally shattered by record amounts of new content
dropped in the last few months of this year,” the firm said. “Taken together, this reality brings us back to the Warren Buffett quote above that he used to describe the airline industry, but that we think applies to streaming as well: “The worst sort of business is one that grows rapidly, requires
significant capital to engender the growth, and then earns little or no money.”

“We remain somewhat skeptical that more Star Wars/Marvel/animated/family content will be sufficient to grow the Disney+ audience out to parity with Netflix,” said Doug Creutz of Cowen.