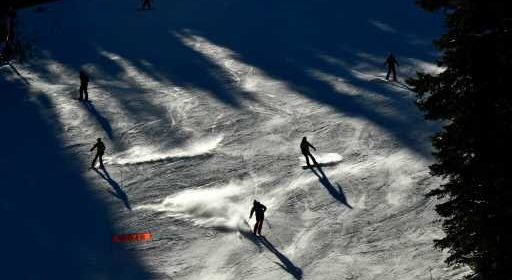 Metro Denver households pulled down an extra $29,308 in income compared to the typical U.S. household in 2019 and 2020 and spent about $13,572 more. And how they divided up their spending diverged significantly in four key areas, according to the latest Consumer Expenditures report from the U.S. Bureau of Labor Statistics.

Households in the Denver-Aurora-Lakewood metropolitan area spend an average of $75,760 in 2019 and 2020 compared to $62,188 for U.S. households, noted BLS regional commissioner Michael Himiak in the report. That works out to Denver-area households spending $1.22 for every $1 spent by the typical U.S. household.

In about four of the eight major spending categories of spending, Denver-area households divided slices of the spending pie similar to the rest of the country, including housing at 34.3%, transportation at 16.8% and education and cash contributions or donations at 3% each.

In four key areas, spending did vary in a statistically different way. Health care accounted for 7.5% of spending among Denver-area households, compared to 8.3% of spending nationally. That could reflect a slightly younger population in the Denver sample, but Colorado has consistently boasted the state with the lowest obesity rate, so it could also represent a payoff for staying healthier.

The heavier emphasis on entertainment spending doesn’t mean they aren’t also future-focused. Denver-area households concentrated more spending on personal insurance and pensions, at 13% of total spending versus 11.6% nationally. That category measures the money set aside to deal with contingencies and retirement.

Everyone has to eat, but Denver-area households devote less of their spending to that category than any major metro studied outside of Dallas. Food accounts for 10.3% of spending in Denver versus 12.5% of household spending nationally. The cities where residents devote the largest share of their budgets to food are Honolulu at 16.3%, Atlanta at 15% and Tampa and Anchorage at 14.1%.