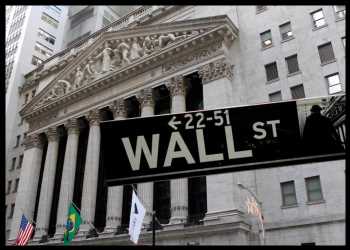 Stocks moved mostly lower during trading on Wednesday following the mixed performance seen in the previous session. With the drop on the day, the tech-heavy Nasdaq pulled back off yesterday’s record closing high.

The weakness on Wall Street partly reflected concerns the rapid spread of the delta variant of the coronavirus may slow the global economic recovery.

Worries about the Federal Reserve scaling back its asset purchases also contributed to the selling pressure on the day.

The Beige Book, a compilation of anecdotal evidence on economic conditions in each of the twelve Fed districts, said the deceleration in economic activity was largely attributable to a pullback in dining out, travel, and tourism in most districts.

The deceleration in those sectors reflected safety concerns due to the rise of the Delta variant of the coronavirus, and, in a few cases, international travel restrictions.

Meanwhile, the Fed said other sectors of the economy where growth slowed or activity declined were those constrained by supply disruptions and labor shortages, as opposed to softening demand.

“In particular, weakness in auto sales was widely ascribed to low inventories amidst the ongoing microchip shortage, and restrained home sales activity was attributed to low supply,” the Fed said.

The Beige Book also said inflation was reported to be steady at an elevated pace, as half of the districts characterized the pace of price increases as strong, while half described it as moderate.

Oil service stocks showed a substantial move to the downside on the day, resulting in a 3.4 percent slump by the Philadelphia Oil Service Index.

The weakness among oil service stocks came despite a notable increase by the price of crude oil, as crude for October delivery jumped $0.95 to $69.30 a barrel.

Steel, housing and computer hardware stocks also saw significant weakness, while utility stocks were among the few groups to buck the downtrend.

In overseas trading, stock markets across the Asia-Pacific region turned in a mixed performance during trading on Wednesday. Japan’s Nikkei 225 Index advanced by 0.9 percent, while Hong Kong’s Hang Seng Index edged down by 0.1 percent.

Meanwhile, the major European markets all moved to the downside on the day. While the German DAX Index tumbled by 1.5 percent, the French CAC 40 Index and the U.K.’s FTSE 100 Index slid by 0.9 percent and 0.8 percent, respectively.

In the bond market, treasuries regained ground after moving notably lower in the previous session. Subsequently, the yield on the benchmark ten-year note, which moves opposite of its price, fell by 3.6 basis points to 1.334 percent.

Trading on Thursday may be impacted by reaction to the weekly jobless claims reports along with comments by several Federal Reserve officials.