Covid Cases Surge In Unprecedented Levels In US; Up 204% In 2 Weeks 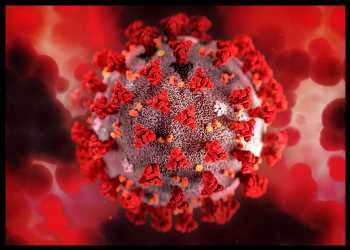 The United States witnessed unprecedented levels of surge in coronavirus infection cases over the weekend.

Average daily infections are at a record 405,470, rising by more than 200 percent in a period of two weeks, the New York Times reported.

With 254091 new cases reporting Sunday, the national total has increased to 55,114,128, according to the latest data from Johns Hopkins University.

With 244 additional casualties, the total Covid death toll has risen to 826,064.

Hospital admissions from Covid increased 35 percent in the U.S. in a fortnight, to 93,322.

As per the latest data published by the Centers for Disease Control and Prevention, 205,811,394 Americans, or 62 percent of the eligible population, have been administered both doses of Covid vaccine so far. This includes 87.6 percent of people above 65.

Booster shots are being administered at a faster rate. More than 68 million people, or 33.4 percent of the eligible population, have already received a booster dose that is recommended to provide additional protection.

An ardent supporter of former President Donald Trump, Greene said in a Twitter post on Saturday, about “extremely high amounts of Covid vaccine deaths” in the country.

The official congressional account of the lawmaker from Georgia remains active.

In a statement on the social media platform, Greene accused Twitter of supporting unidentified enemies in “a Communist revolution.”

“Social media platforms can’t stop the truth from being spread far and wide,” she added.